Things to Do in Paris 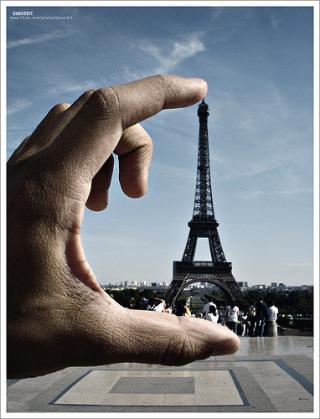 There are so many things to do in Paris that even the Parisians who have lived in this fantastic city for decades still haven’t covered everything. So keep that in mind when you’re making your to-do list – you’re not going to see it all in one visit. Make sure you fit in your top priorities, and then make plans to come back to Paris – she’ll still be there waiting for you whenever you return!

No matter what your visit to Paris looks like, a little advance planning can make your trip not only more enjoyable but also more hassle-free. After all, one glance at a listing for the Louvre will tell you that your intended visit on a Tuesday is no good because that’s one of the museums that’s closed on Tuesdays. Knowing that kind of thing ahead of time saves you time and frustration.

So read on to find out about what to do in Paris – both the more traditional sights that are on most must-see lists and some off-beat attractions that can spice up any tourist’s itinerary!

>> Whether you’ve been to Paris before or not, there are plenty of great tips to help you plan the best trip ever in our Paris first-time visitor guide.

>> Sometimes the stories you hear about a place or culture turn out to be true, but not always. Learn about 12 things you should know before you visit Paris, from someone who lived there.

>> Learn what’s going on in Paris when you’re there with this list of Paris holidays and events.

>> And before you leave home, make sure you find out whether getting any of these Paris discount cards will save you money on your trip!

Making Getting Around Paris Part of the Fun

When guests come to visit us in Paris, they know that the first thing we’ll suggest is going for a walk. Paris is a great walking town. Whether you choose to go on an organized walking tour or your own walking adventure, start at the Seine River. The Seine River and Cite Island is where Paris was first settled. Here, and on the Left Bank in the Latin Quarter is where you’ll find some of the oldest vestiges of the city including a Roman arena, les Arenes de Lutece.

Although walking is the one of the best and least expensive ways to become acquainted with Paris, you can also rent a bike with the city’s Velib bike rental service, sign up for an organized bike tour, or hop on the Bato-bus or one of the tour boats. Friday nights, put on your rollerblades and join the 9:30 pm Friday Night Fever rollerblade party which starts at Montparnasse. (Pari-roller.com is celebrating its 10th anniversary in 2008). Sundays, head for the Paris’s Right Bank, where the avenue bordering the Seine is closed off for walking, cycling and rollerblading. During the winter months, trade in your rollerblades for ice skates and join the skaters at the Hotel de Ville or Montparnasse ice skating rinks. 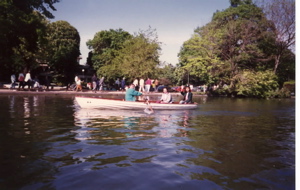 Take a stroll through your neighborhood market. Aside from produce markets, Paris has a variety of specialty markets, the most famous being the Porte de Clignancourt or St. Ouen flea market. You can also find stamp markets (as seen in the movie Charade), the old papers market, the book market and the Sunday artists’ ‘Marche de la Creation’ at Metro: Edgar Quinet. 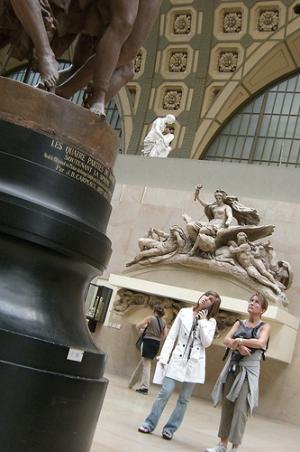 It may be self-evident that you should concentrate on indoor sights when the temperature drops in the winter, but the same holds true in the hottest months as well. Anytime it’s not terribly pleasant to be outside for a long time – that’s the perfect opportunity to spend more time in the many indoor attractions in Paris. There are more art galleries and museums in Paris than you can shake a stick at (including some that are hidden gems or really unusual), and the churches and cathedrals throughout the city are usually the same temperature year-round.

But if a boring old museum or church isn’t on your itinerary this time, there are other ways you can dodge raindrops or sunstroke. Sign up for a one-day or half-day cooking class. Go underground. Visit the Paris sewers and the Catacombs. Drop in at WICE for French/English conversation exchange to brush up on your French.

Feeling artistically inspired by this incredibly beautiful city? Go to a Sunday afternoon or early evening organ concert in one of Paris’s many churches. Or wait until evening to attend concert at churches or numerous concert halls. Try your hand at ceramics at one of Paris’s ‘hands-on’ artist studios. Take a drawing class. Go to a movie at one of Paris’s landmark movie theaters like La Pagode on Rue Babylone. Go to the opera (either Garnier Opera House or the Bastille Opera House for starters).

Everyone has to eat, but there’s a difference between grabbing a quick bite at the Paris McDonald’s and really getting into the food culture of this culinary city. Learn about what to eat in Paris before you go so you know what to look for on menus, and then find out where to eat in Paris so you can steer clear of the touristy restaurants. And for fun, check out some of the weird restaurants in Paris while you’re at it. Visit a wine seller’s shop for wine tasting.

(Want more food articles? You’ll find them all under the “A Thought for Food” and “French Food” tags, indexed here and here by date.)

And should you decide that you need to burn some of those calories you’ve just eaten, refer back up to the “getting around Paris” section at the top of this post! If that’s not enough for you, you can always run a marathon or half marathon in the spring, fall or even in winter. Go for a swim in an artesian well-fed swimming pool at Butte aux Cailles 13eme. There are 37 swimming pools in Paris.

Join the Party in Paris

There are events and festivals in Paris going on all throughout the year, so chances are good that there’s something going on when you’re there – whenever you’re there. The best way to find out is to check with the tourist information office when you arrive. Of course, some of the special events may hinder your vacation plans by making cheap hotel rooms in Paris hard to find or causing unexpected closures of some attractions. So the more you know about what’s going on in Paris throughout the year before you finalize your plans, the better.

For tips on avoiding the long lines at Paris’ top sights, be sure to look into getting yourself a Paris Visite card here.

More Things to Do in Paris

original photos – Eiffel Tower at top by danorbit. and tourists in museum by sarah1rene