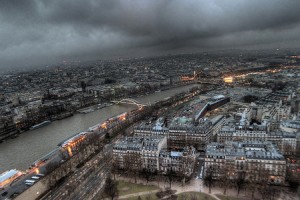 You may consider this a plus or a minus when you’re making your travel plans for Paris, but this is a city with four distinct seasons. Depending on when you’re visiting, you’ll need to pack very differently. And while there are general statements which can be made about the average temperatures in Paris throughout the year, it’s a very good idea to check actual weather reports for when you’ll be there, as weather can change. In recent years there have been overly hot summers, extreme winter snowstorms, and unseasonable temperature fluctuations – and you don’t want to be unprepared (unless you take it as an excuse to go shopping for more weather-appropriate clothing!).

For more details about weather in Paris throughout the year, check out these posts!

>> Want to find out what’s happening in Paris? Here’s a list of Paris holidays and other special events going on in the city throughout the year. 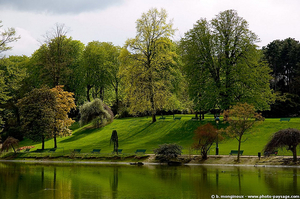 March and April can be cold and rainy, or sunny with a crispness to the air. Bring rain gear. By May, you can expect some perfect days interspersed with showers. 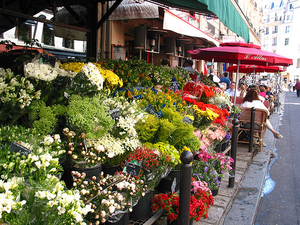 June, July and August can be hot, humid, or mild and balmy. Rain is always a possibility – bring rain gear and a light sweater – even in July. 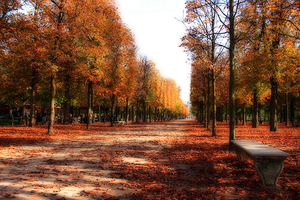 Temperatures will rarely fall below freezing. Bring rain gear, but Fall is the best time of the year to enjoy crisp sun-filled days in October and early November. By mid-November you’ll want to bring along your warmest winter gear. Especially your most stylish boots! 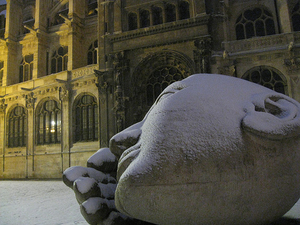 Temperatures normally do not remain below freezing (o degrees Celcius 32 F) for extended periods. Prepare for rain and windy days hovering just above freezing. It rarely snows in Paris.

When to Go to Paris

There is, many would argue, no bad time to visit Paris – because there’s no such thing as bad weather, only bad gear! In other words, a rainy day in Paris could be considered better than a sunny day in some other places, and it’s infinitely easier to take if you’ve got an umbrella or raincoat. But even hard-core Paris lovers will tell you that they have preferences when it comes to spending lengthy vacations in the city.

Most people will say that the spring (April through June) or fall (September through November) are the best times to visit on a couple of levels – the weather isn’t too extreme in either direction (too cold or too hot), and prices on things like airfare and hotels aren’t at their peak. Paris doesn’t have an off-season the way less-popular cities do, but the spring and fall are definitely “shoulder seasons,” when things are at least a little cheaper.

Despite the colder temperatures, December is another popular time to visit – because Christmas in Paris is really something to behold. And if you’re looking for travel bargains, January and February are good months to check. The summer months of July and August are when the city is most crowded with tourists, although August tends to be when Parisians themselves escape the heat and head to the coast.

There are also festivals in Paris that you’ll want to take into consideration when you’re planning your trip that have little or nothing to do with the weather but might mean the city’s hotels are jammed. Examples of this include the auto show (beginning of October in even-numbered years), and the Tour de France’s final stage (late July), but there are other trade shows and fashion shows throughout the year that may not be on your radar screen… If you’re having trouble finding a hotel room during a time you think shouldn’t be overbooked, ask whether there’s a trade show or something going on – you may need to adjust your vacation accordingly.

My suggestion is to prepare yourself for an “indoor climate” which may differ from your home country. French homeowners and innkeepers are careful and cautious when it comes to energy consumption, so heat is turned on only when required and air conditioning is still not always available in many restaurants and some hotels (especially budget hotels and hostels).

If your trip includes excursions outside of Paris, remember that there will be a temperature drop between Paris and the countryside. For example, if you go to Normandy, you’ll find the summer evenings to be several degrees cooler – and definitely damper. If you’re headed for the Loire Valley, the climate should become more douce (sweet), which is probably one of the reasons the royal court moved from Paris to the Loire back in the day.