Free Things to Do in Paris 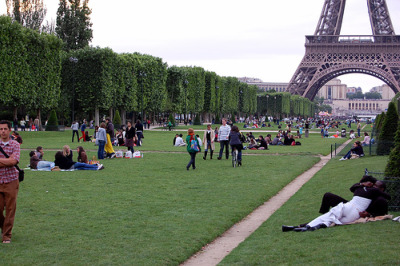 There’s no denying that a visit to Paris is often going to be an expensive affair – especially when the euro remains such a strong currency. But do you think that keeps budget travelers away from this famously costly city?

Budget-conscious travelers know that just about any place can be budget-friendly if you’re being clever, and that includes Paris. In addition to saving money by staying in hostels in Paris and eating on the cheap in Paris, there are also ways to save money on many of the city’s attractions. Yes, some of the “must-do” things in Paris will cost you money, but if you play your cards right by taking advantage of the many free attractions in Paris for most of your trip, then fitting a few higher-priced tickets into your itinerary won’t feel like such an economic burden.

In this article, you’ll find information on the Paris sights that are always free, some that are free at certain times or days of the week, and some that we think are pretty darn cheap all the time (and so might fit into even the tightest travel budget).

>> And for a more in-depth look at attractions in Paris, check out this article on things to do in Paris.

These activities are always considered “free things to do in Paris” – there’s never an admission fee, no matter what time of day or day or the year.

Some of Paris’ top attractions – the ones that charge an admission fee on a regular basis – have certain times when tickets are free. So if you time your trip properly, you can get into the top sights in Paris without paying a single euro. Keep in mind that on days/times when these sights are free the lines are likely to be much longer – so make sure you get there early or at least allocate enough time in your day to include waiting in line.

These things in Paris aren’t free, but costs are low enough that we think they’re worth checking out even if you’re a super budget traveler. Especially if you’re filling most of your itinerary with the free sights listed above and throwing in a few of these cheap attractions in Paris, a visit to the City of Lights doesn’t have to break the bank at all.

And for more money-saving tips for a Paris trip, check out some of these other handy articles:

>> The Paris page of About.com has some notes on different categories for free things to do in Paris, and there are some great tips in there. The Paris Info site also has some information about attractions that are free to visit year-round.