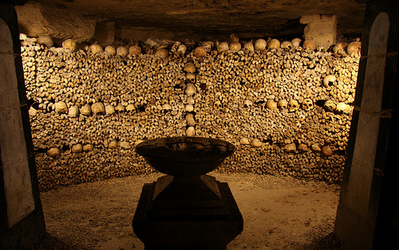 [Editor’s Note: Due to vandalism in which bones were scattered throughout the catacombs in September, 2009, the Catacombs were briefly closed. They have since been re-opened.]

There’s something about old cemeteries and other kinds of burial sites that appeals to many tourists – and not just the ones with a macabre side. Along this line, it’s not surprising that the Paris Catacombs are one of the city’s popular attractions. And although they weren’t started with the intention of being a tourist sight and charging admission, the Catacombs aroused interest from visitors almost immediately after their creation.

>> If you like the idea of seeing the Catacombs of Paris, then you’ll probably also love visiting these famous graves in Paris!

History of the Paris Catacombs 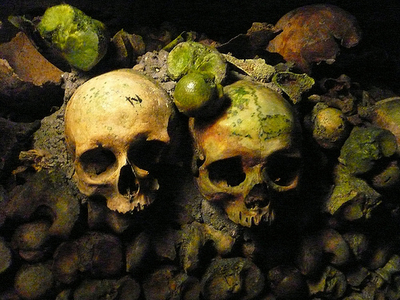 The Paris Catacombs (or Catacombes de Paris, as they’re called in French) are a maze of tunnels and crypts underneath the city streets where Parisians placed the bones of their dead for almost 30 years. Prior to the creation of the Catacombs in the mid-1700s, residents buried their dead in cemeteries near churches as is still customary in most places.

But as the city grew, the cemeteries quickly ran out of space. Additionally, improper burial techniques often led to ground water and land near cemeteries becoming contaminated and spreading disease to those living nearby, so city officials moved to condemn all the cemeteries within city limits and move the bodies in those cemeteries elsewhere.

The decision was made to use an underground section of quarries in Paris, and the bones from Paris’ city cemeteries were moved underground between 1786 and 1788. The process was conducted with reverence and discretion – the quarry space was blessed before any bones were moved there, bones were always moved in a quiet parade of carts accompanied by priests, and these movements always took place at night. The quarries continued to be used as the collection point for the bones from Paris’ cemeteries through 1814 and now contain the bodies of roughly 6-7 million Parisians. 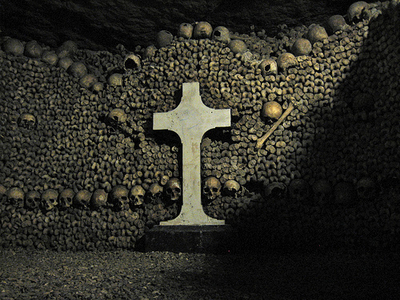 What’s particularly surprising about the Catacombs of Paris isn’t that they’re a tourist attraction in modern-day Paris – what’s surprising is that they started attracting visitors even before the last bones were moved in 1814, and they were already a major attraction just over 50 years later. In fact, in the late 1800s the larger underground crypt areas were even used as mini-concert halls!

The tunnels underwent a major renovation in 2007-2008 to make them more accessible to and safer for visitors. 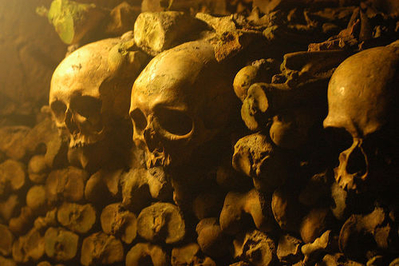 As mentioned, the tunnels which make up the Catacombs of Paris is often called “maze-like” – in fact, what lies under the city streets has been compared to Swiss cheese (or Gruyere, if you prefer).

No matter the cheese you choose, the Catacombs – although a worthwhile site to add to your list of must-sees in Paris – aren’t an attraction you’ll want to tackle without some guidance.

Things to know about visiting the Paris Catacombs: