Where to go clubbing in Paris 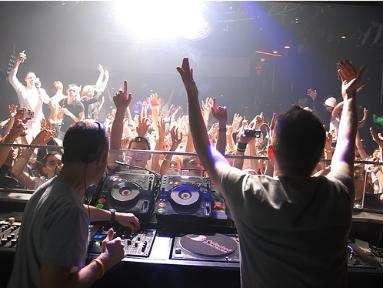 You’re in the City of Lights and you just spent the day hitting up the major attractions—climbing the Eiffel Tower, strolling down the Champs-Elysees, seeing the Arc de Triomphe, snapping a photo in front of Notre Dame and maybe even taking an afternoon boat cruise on the Seine. But now daylight is gone, the city is illuminated and you’re ready for a drink (or maybe 4, 5 or even 10). You know that Paris is sure to offer up a great time, but you aren’t sure where to start. With so many places to choose from, how do you know which club will be worth that €10 cover charge and which ones you want to avoid at all costs.

The first thing that surprises many Americans, most of whom are used to bars closing at 2 am (except those living in New York and a handful of other cities), the Paris nightlife hours might astound and puzzle you. In Paris, the best clubs really don’t start filling up until after midnight, and they stay open until the sun is rising. When I lived in Paris, I would regularly go out late and stay out until the Metro started running again at 5:30 in the morning–meaning I’d usually stumble back to my apartment just in time to pass out before my great-aunt (whom I lived with) would be getting up for the day. She thought I was nuts, (she was 80, I was 20, which explains our difference in perspective), but staying out til 5 am in Paris is pretty standard. So wear your most comfortable pair of dancing shoes and get ready to party into the wee hours of the morning at these great Paris nightclubs.

>> And if you think you might have met the woman of your dreams at one of these great clubs in Paris, then be sure you know how to impress a French girl after the night is over. 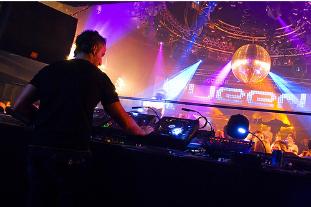 Although this Champs Elysees nightclub used to be a famous gay club called Le Boy (which was near impossible to get into) the club today is still popular and has a substantial heterosexual clientele. Le Queen is known for its many world famous DJs who spin a wide variety of dance, house and re-mixed beats that are easy to dance to. The club is most popular on Monday nights. Wednesday nights are ladies nights, which means women get into the club for free and even can get free drinks for the last ten minutes of every hour. The music is always the best in town and with lots of beautiful women, occasional drag shows, nearly naked men dancing on bars, 70s style disco lights and some of the world’s most famous DJs spinning jams, you’re be sure to have a great time dancing the night away at Queen. 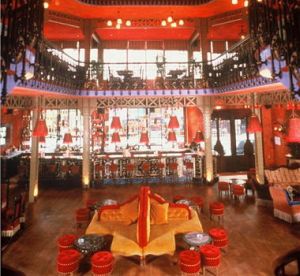 This club located near the Bastille in Paris is a great place to have a few drinks and dance when your agenda may not include nights out partying until 5 am. This bar closes at 2 am, meaning even if you are having a great time into those early morning hours, you’re still going to have to leave Barrio Latino. This multi-story club with wrought iron ceilings, dimly light red lighting (which makes everyone look better) and velvet ceilings give it a rich, warm feel. The crowd here varies from office workers grabbing a few cocktails to students wanting to dance. This was one of my favorite places in Paris to enjoy a night out without spending most of the next day recuperating. 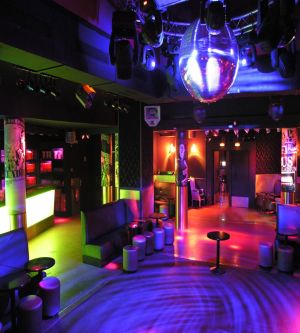 This club was once THE spot for yeye music (a popular type of Rock-inspired music in 1960s France) and the club still has a retro 1960s look with varnished hardwoods and fabric covered walls. However, this rock-n-roll temple, which consists of a single room with a very long bar, is a great place to escape the house/dance/techno beats you hear in most French nightclubs and even better yet, women drink for free on Tuesdays. 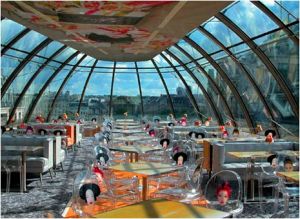 If you want to have at least one posh night out in Paris, Kong is definitely the place to go. Not only does this Japanese-inspired club have stunning views of the Parisian skyline, but it was also designed by famous French designer Philippe Stack. The club is made of almost all glass and sits out on the Seine near Pont-Neuf. Even if you aren’t a big party girl or guy, this is a spot that’s even worthwhile during the day for the views. That being said, you can imagine what the views are like at night in the aptly named City of Lights. This glamorous club has a model clientele is always full of beautiful, stylish people—so make sure you dress to impress. Entry is competitive here, but if you want a shot at a glam Paris night, rubbing elbows with beautiful people while taking in great views (and sipping grossly overpriced cocktails) this is the place to go. 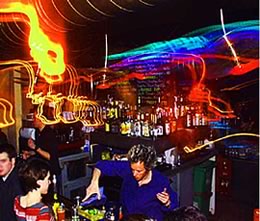 Because I lived in the 20eme arrondissment in Paris, I loved hitting up some of the clubs located near the Bastille because it was always a whole lot easier and faster to get home after a long night of drinking and dancing. SanZ SanS was one of my very favorite spots to hit with a wide variety of great music (which I always appreciate) keeping people winding and grinding to funk, Latin and hip-hop. This club was also a great place to escape the house and techno beats that so many of the other Parisian clubs bump all night. It also has a great pink modern baroque design scheme and a slightly more laid back clientele. 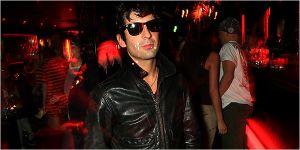 The thing about Paris, is that there are LOTs of very stylish, beautiful and even famous people who us lowly regular folk have to somehow find a way to compete with when hitting the clubs. At this tiny club in the 8eme, you’re definitely going to have to look your best to get in the door (there is limited room inside), but once you’ve made it past those pearly gates the atmosphere is welcoming. The club hosts both some of city’s best DJs as well as featuring live music acts and stars like Bjork and Sofia Coppola have frequented this hot spot.

* Note, this club is not to be confused with Le Baron Rouge, a popular wine bar in Paris. 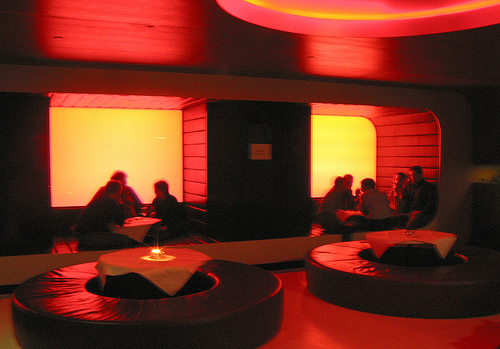 If you’re looking for a truly Parisian night out, then spending the evening at Le Cab is probably your best bet. This ultra-modern techno-house emporium located near the Louvre features an all-white VIP area and enormous beds to lounge on. It’s a hot spot for “the beautiful people” and trendy students. Beware, however, that not only is Le Cab pricey, but it also has a notoriously strict door policy. Dress to impress. 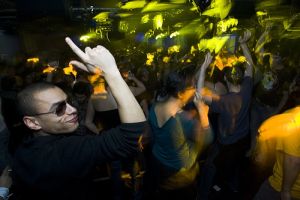 This Parisian dance factory always draw a big crowd, who have been coming in swarms since the mid-1980s for the jams spun by a host of top DJs. With a booming sound system and thumping house and techno beats (though depending on the DJ that night you may also get some reggae, funk, rock and hip-hop) make Rex club one of Paris’ most popular dance spots. While you may have to wait awhile in line to get into this hot spot, you’ll have plenty of time to dance until the sun comes up as this club stays open until 7 am.

>>Looking for a place to crash after your hard night out at the clubs? Check out Paris’ 4 Best Party Hostels