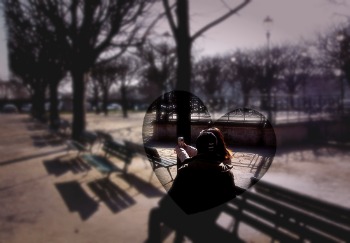 Ask 10 people for suggestions of romantic cities in which to spend Valentine’s Day and you’re likely to hear Paris several times. There’s no denying how romantic Paris is, or how it can serve as the ideal backdrop for a romantic holiday at any time of year – but spending Valentine’s Day in Paris could be the way to really sweep that special someone off their feet.
As you might expect, Valentine’s Day in Paris doesn’t come cheaply, regardless of the fact that it’s in mid-February which should (by all other measures) be in the low/cheap travel season. This isn’t even a major holiday on the French calendar, but since the city has such a romantic reputation you’re competing with all the other visitors flocking to the city for February 14th.
In order to make sure you get a room in a hotel that you like and don’t pay through the nose, it’s important to do your research on things like accommodation and flights well in advance of February – if you’re staying longer than just the few days over Valentine’s Day, you’re more likely to find a great deal on flights to Paris. And even if the rate on the hotel you choose goes up right over the holiday itself, that’s probably a splurge worth making if you’re going all the way to Paris for Valentine’s Day in the first place!
Here are a couple things to keep in mind when planning a Valentine’s Day trip (or any romantic trip) to Paris:

Aside from the requisite strolls along the Seine and smooch atop the Eiffel Tower, here are some other romantic things to do in Paris on Valentine’s Day:

And y’know, there’s enough romantic art in the museums in Paris you could make a delightful game of kissing every time you saw one. I can think of worse ways to make a trip to the Louvre more entertaining.
photo by niall62