The Year We Ran Away for Christmas 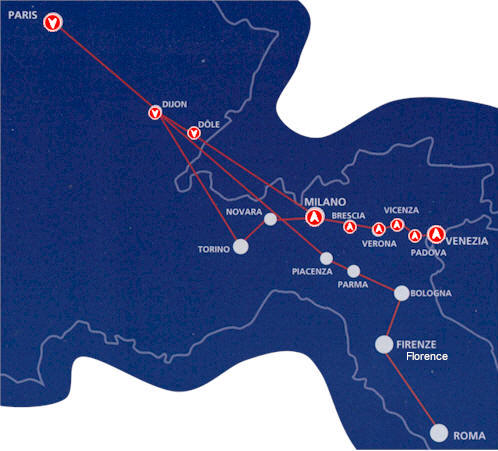 It wasn’t totally spontaneous because we had talked about taking off for Europe during the previous summer – my next door neighbor and me.
But talk is cheap. I moved out of my sublet and moved to the East Side. He stayed on the West Side. We fell out of touch. I found a new job and was finally making some money that put me above the poverty line. So about two weeks before Christmas, I called A. and said, “Hey, you want to go to Paris and Venice for Christmas, and he said ‘Sure’.
A. had a big family, lots of aunts and uncles and cousins and siblings and he just wanted to get away. And I just wanted to get away from New York. No one knows their neighbors in New York, unless you meet them on the roof in the summer. And then you bond. You share your bad fiction.

We would be spending several days in Paris before renting a car and driving down to Venice. I had stayed once on the Lido and dreamed of seeing Venice and the Lido in the winter. A. wanted to see Versailles. Did we go to any museums while in Paris? Let me rack my brain. Not a one that I recall. So don’t be a bit ashamed if you go to Paris and never once set foot in a museum. What did we do? We hung out in cafes, we shopped, we hung out in cafes some more, – and we went to Versailles to see my friend Angie and try to convince her to do what we had just done – drop everything, hop in the car and run off to Venice. We almost had Angie convinced – but not quite. She had family commitments.

So we headed for Venice, via Dijon and Milan. We got lost in Milan. We arrived in Venice on Christmas Eve but there were no hotel rooms available – so we kept on driving to a summer beach resort called Lido – but it wasn’t anything like THE Lido, the island, that is. The town was deserted. We wondered how we ended up spending Christmas Eve in a town we had never heard of until that very day. In the morning we made our way back to Venice and hopped onto a boat that carried us through the mist – the whole city seemed to fall in and out of focus. Black gondolas emerged from the fog. The air was crisp and its dampness seeped in.

Except for half-assembled bleachers, Piazza San Marco was deserted. We had missed Christmas. It had all happened Christmas Eve. Everyone was sleeping or at home preparing another family meal. We had no family. We had nothing but the two of us, feeling a little silly. Why were we here, not doing what everyone is supposed to be doing on Christmas day? So we went to Church, not a church in Venice but a small church back in the beach town. It wasn’t any special church – and no one was there either. A. lit a candle and it felt right being there. This is why we had come so far – to find a little church that we would never see again and light a candle. 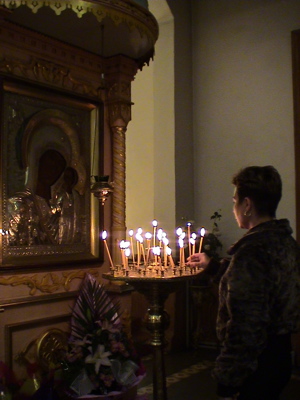 Then we headed back for Paris via Versailles.
“I just want to walk around Versailles. It doesn’t matter if the Chateau is closed,” A. said. So we walked through the empty gardens – because nobody was there either. Just us, the statues, and bare branches.
Then we called up Angie and said, “Want to go out for New Year’s Eve? Our plane doesn’t leave until 6 am from Brussels. I went to Monoprix and bought a dress to wear for a night out on the town. We headed for Montmartre to spend the last few moments of New Year’s Eve Day and New Year’s Eve.

And I missed my New Year’s Eve date in New York which was December 31st.
The reason I’m telling you this story is that when you book train or plane tickets, you really need to get the details straight.
But, when you want to have a memorable trip, be spontaneous.
Everything will work out in the end.

Driving trivia:
If you drive from Paris to Venice, the distance is 712 miles. You can do an overnight in Dijon (and Milan if you can find your way to a hotel).