The Most Beautiful Metro Stations in Paris

Paris is an art lover’s city. But I’m talking here about more than just the impressive collections of art found in the city’s famous museums and galleries. This time, I’m talking about the beautiful Metro stations all over Paris.

Even a casual observer will probably notice that many of the Paris Metro stations look similar – the city is well-known for its art nouveau-styled Metro entrances. But some of the beauty of the stations isn’t on the outside. For some of them, you have to actually buy a transit ticket (still, way cheaper than a museum entry fee) and go underground.

Here are a few of the most beautiful Metro stations in Paris.

This is one of the many stations that’s been decorated to reflect one of the monuments or attractions that’s served from that station. In this case, there are replicas of many of the works of art found in the Louvre Museum on display in the Louvre-Rivoli station. Unfortunately, when the Louvre Pyramid was built in 1989, direct access from the Metro to the museum moved from this station to the Palais-Royal station. The artwork remains, however. 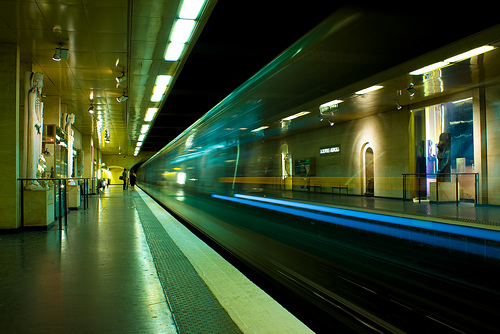 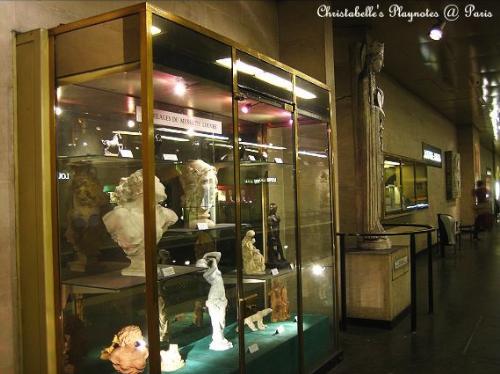 photos by anindha and Christabelle

The Abbesses station is one of the few art nouveau stations which still has its glass canopy at the entrance. In fact, it’s one of only two Metro entrances designed by Hector Guimard, who was responsible for the art nouveau stations all over the city. But the other artistic aspect of the Abbesses station is the graffiti-covered walls of the staircase to the platforms below. What probably started as an act of vandalism has become one of the more beautiful features of this Metro station. 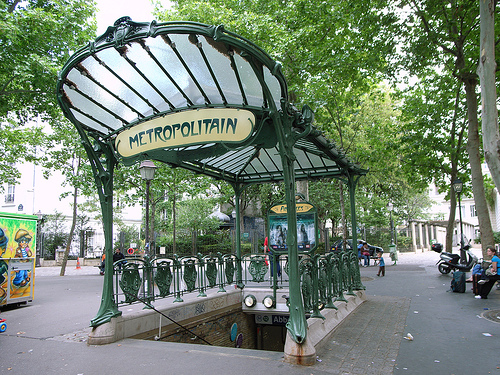 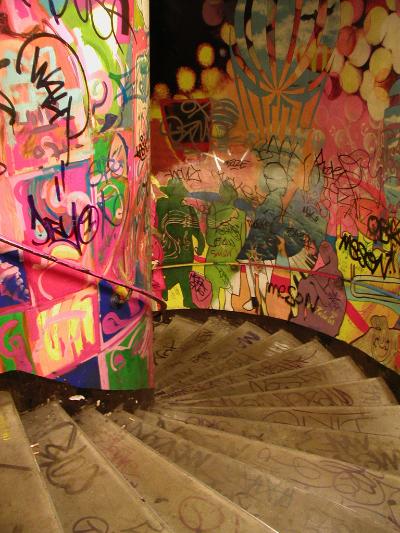 photos by stevecadman and Anders B.

Not only does the Cité station – the only one on the Île de la Cité – have a beautiful art nouveau entrance, it also has pretty globe lighting along the track itself, reminiscent of old fashioned street lights. 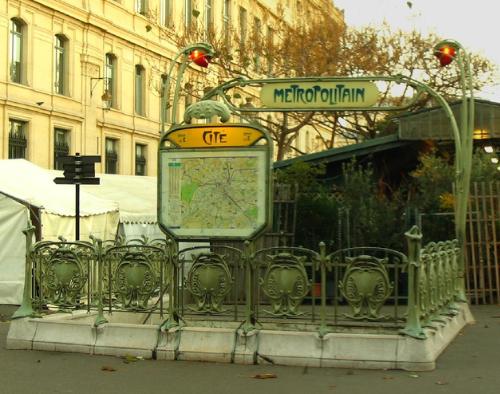 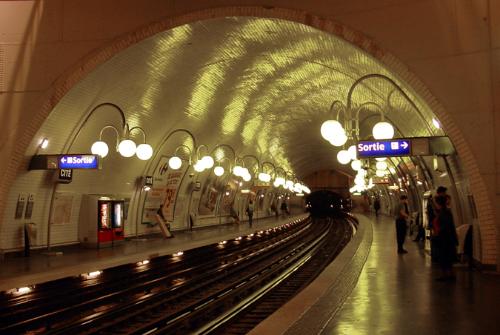 photos by Panoramas and Omar Omar

The walls along the tracks of most Metro stations in Paris are tiled, and many of them are decorative tiles. But the walls of the Concorde station on the platform for line 12 might look like one gigantic word search puzzle. Each tile has a letter, and together they’re the words to the Declaration of the Rights of Man from the French Revolution of 1789. (Thanks for the correction on what the words are, from the “author of the artwork,” Françoise Schein!) 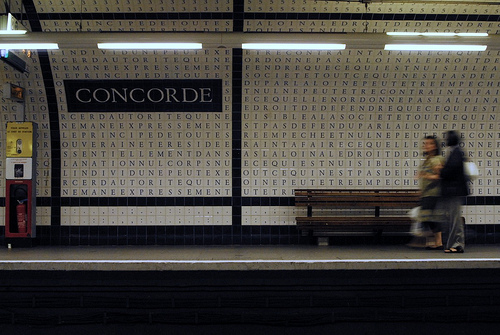 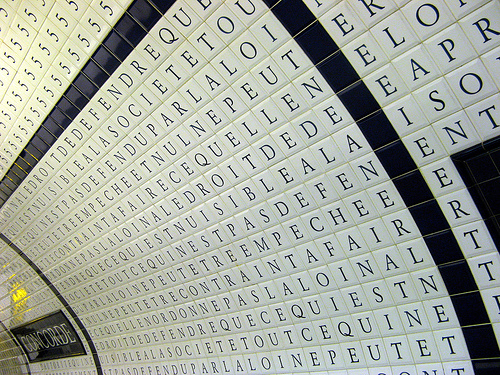 photos by smaedli and Olivier Bruchez

Like the Louvre station, the Varenne station serves an art museum. This time it’s the Rodin Museum, so naturally you’ll find a replica of Rodin’s famous “The Thinker” among other pieces. 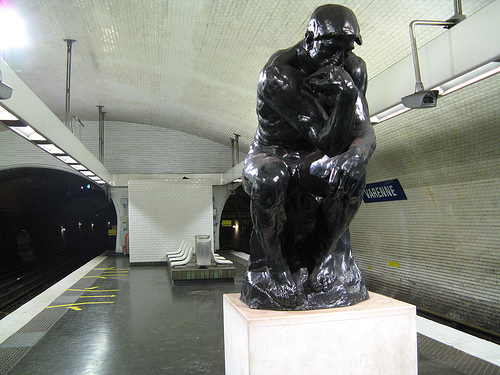 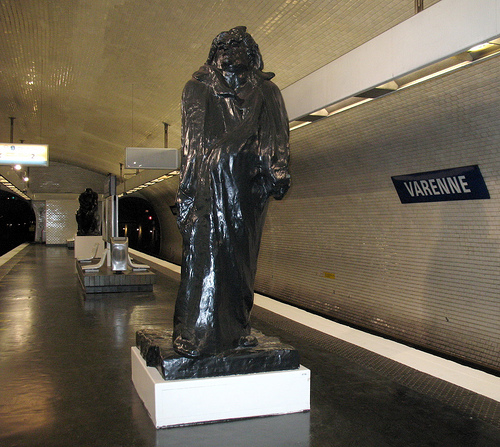 photos by AC Lorrain and gabrilu

The other surviving Guimard-designed art nouveau station in addition to Abbesses is Porte Dauphine, and this one’s even older. It was inaugurated in 1900, as opposed to Abbesses’ birthdate of 1912. 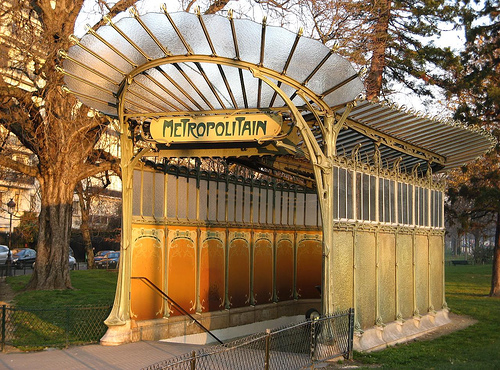 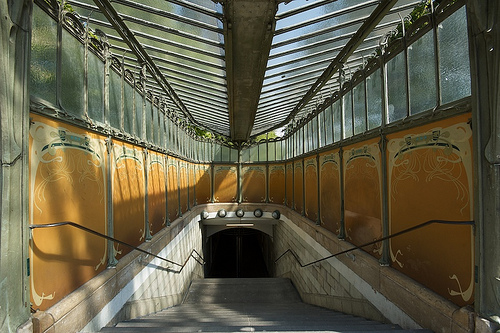 photos by Phil Beard and designwallah

While the Louvre station and Varenne station have local art museums’ wares on display, the Pont Neuf station also gives you a peek at something you might see in a nearby attraction. It’s the Museum of Money, and on parts of the station’s walls and ceiling you’ll find big replica coins. 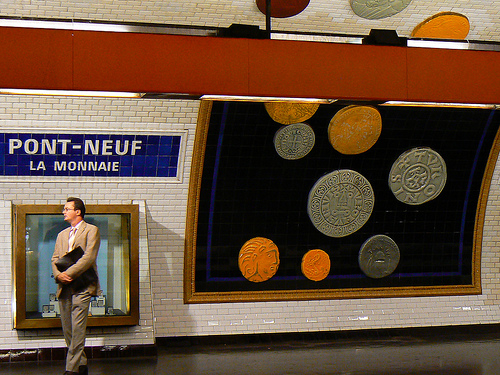 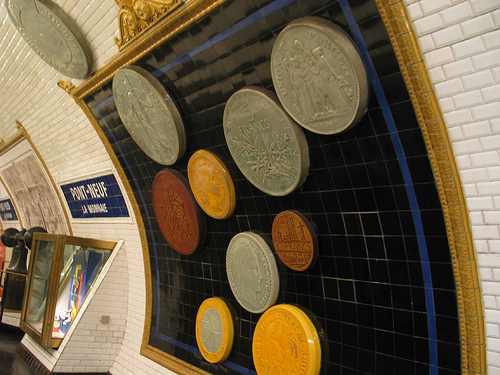 photos by dierk schaefer and soumit

Saint-Michel, located in the Latin Quarter, is another station with lovely art nouveau entrances. 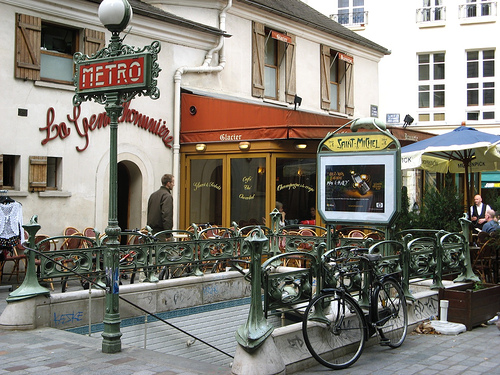 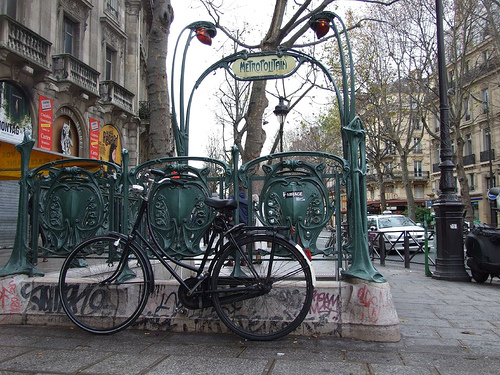 photos by Phil Beard and carlosfpardo

After looking at so many lovely art nouveau station entrances, you might be getting a little bored. So for something a little different – but no less beautiful – check out the Place Colette entrance to the Palais Royal-Musee du Louvre station. It was redesigned in 2000 with arches of big glass beads. 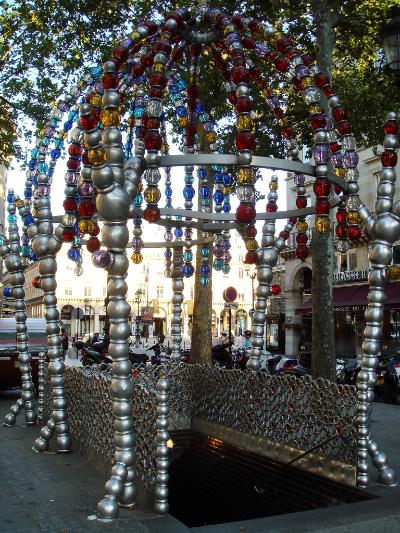 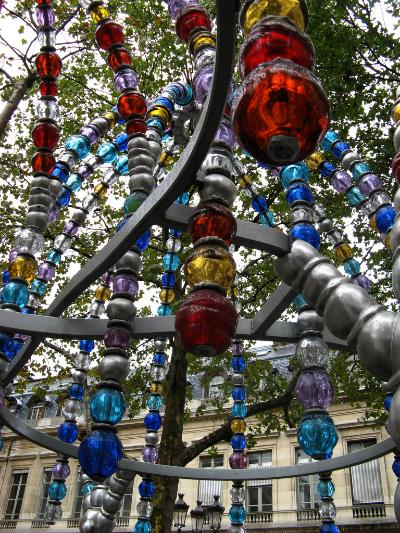 The Bastille station pays homage to French history with a nod to the events which took place not far from the station – you can see some of what’s left of the Bastille from the line 5 platforms – with Bastille-inspired artwork on the walls of the line 1 platform. 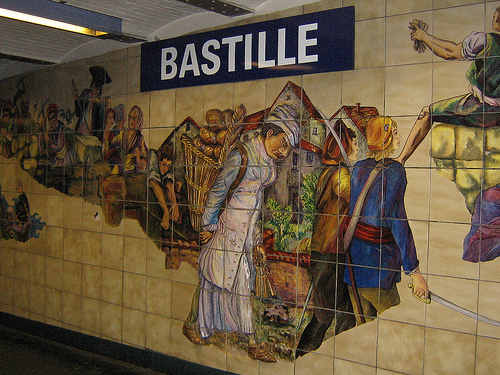 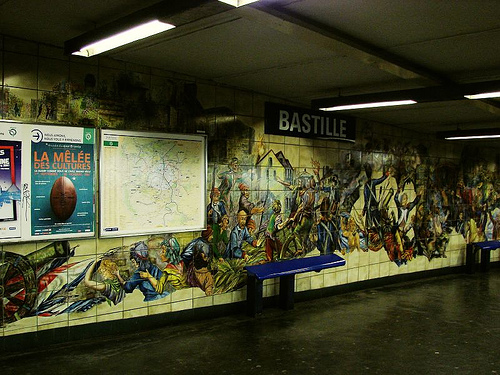 photos by betta design and theCarol

Prior to 1994, the Arts et Métiers station was nothing notable. But in 1994 it was redesigned in honor of the Conservatory of Arts & Crafts (Arts et Métiers) which is located above the station, and it now resembles the inside of a submarine (complete with portholes). The museum houses many items of historic significance in science, so the artist who redesigned the station took inspiration from Jules Verne’s writing. 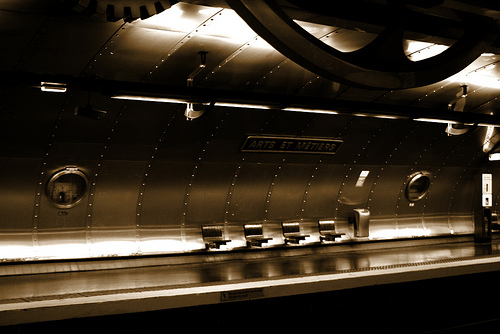 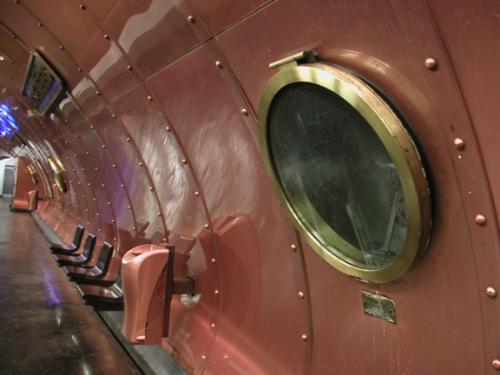