The Marais Neighborhood in Paris 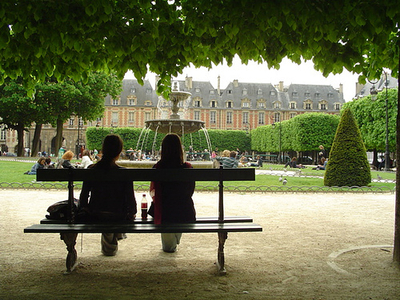 Many of the neighborhoods in Paris have a distinct feel, often one they’ve maintained for centuries. While The Marais looks and feels old, it’s really a hodge-podge of a bunch of different neighborhoods and communities that have been squashed together to form one Paris district. This mash-up was done so long ago, however, that the modern-day Marais is as it has been for quite a while.

The Marais, which is properly called Le Marais in French and which means “the marsh,” covers parts of both the 3rd and 4th arrondissements on the Right Bank of the Seine. Its name comes from the historic marshy terrain which used to be where the buildings, streets, and picturesque squares are now. The marshes were cleared in the 12th century, and in the 16th century wealthy Parisians began building lavish homes here.

Until the late 17th century, The Marais was a wealthy residential area – but when the King moved the royal residence to the Versailles Palace, much of the aristocracy followed. Many years later, this neighborhood became something of a magnet for many of the Jews who were fleeing opression in other parts of Europe. After the end of World War II, Le Marais was in need of some serious reconstruction and renovation, which it finally got in the early 1960s when it was declared a “protected sector.”

Today, the neighborhood is a mix of several communities which, at one time or another, played an important role in its history. The Marais remains a central part of the Jewish community in Paris, and is also home to other more recent immigrant communities such as Algerians and Asians. The 19th century Jewish immigrants were, by and large, involved in making clothing, and today The Marais is full of chic clothing boutiques. The Marais is also one of present-day Paris’ most prominent gay communities, with lots of gay night clubs, shops, and restaurants.

In short, while The Marais holds plenty of historical interest for any student of French or Paris history, visitors are most often drawn to the district’s museums, art galleries, trendy shops and cafes, and the stately buildings and peaceful public squares than anything else. It’s easy to get lost in the beauty of Le Marais, and there’s really very little reason not to.

>> Your long-time guide to Paris, Parisgirl herself, is a big fan of The Marais – as you can tell if you read her ode to The Marais here!

What to Do & See in the Marais 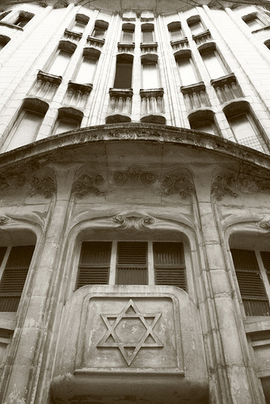 Points of interest in The Marais neighborhood include:

Where to Stay in The Marais

You may be pleased to find out that the area’s former status as a place where only the most wealthy people could afford to be is no longer the way things are. Yes, you can find uber-charming boutique hotels that’ll cost you a pretty penny and would make an ideal location for a romantic honeymoon in Paris, but you can also find smaller budget hotels in The Marais as well.

Note that budget hotels in this part of Paris, as is the case in most of the city center, are probably going to have smaller rooms than you might be used to elsewhere in the world. For most budget hotels you’ll be paying in the €50-70 range for a basic room (depending on the season), but you can even find €30 bargains if you’re visiting in the low season and don’t mind a truly tiny room.

There is also one organization, called MIJE, which has three hostels in The Marais.

>> For specific recommendations, see this article about budget hotels in The Marais near the Place des Vosges

Where to Eat in the Marais 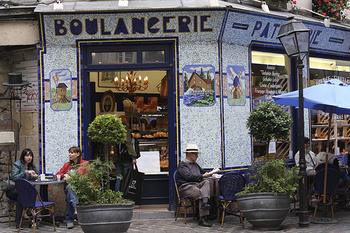 Because of the many immigrant communities which have made their home in Le Marais, you’ll find a good mix of both typical Parisian fare and decidedly non-French foods to choose from. Many of the more picturesque spots – especially those with prime spots along the Place de la Bastille or around the Place des Vosges – will be more expensive, but again, if you’re in Paris for a romantic vacation of any kind they might just be worth it.

For those of you on a budget, or anyone looking to just grab a quick lunch or snack en route from one attraction to another, don’t forget about the falafel stands around the Place des Vosges. As a bonus, they’re even Kosher!

How to Get to the Marais