Visiting the Louvre Museum in Paris 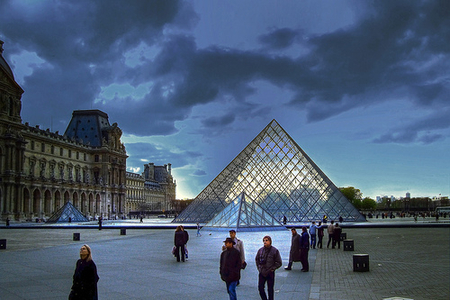 Even people who aren’t interested in art or museums tend to have the famous Louvre Museum in Paris on their to-do list when they visit this city. It makes sense, because it’s one of the most well-known museums in the world, housing some of the best-known pieces of art anywhere. It’s also an enormous museum, so it’s not necessarily something you can approach casually. A bit of advance research will help make sure that you don’t miss anything you’d regret not seeing in person.

In this post we’ll look at some of the more famous things on display at the Louvre, introduce you to a brief history of the Louvre, give you some valuable visitors tips, tell you how to get to the Louvre, discuss some options for Louvre tours, and list all the museum information you’ll need (including hours of operation and ticket prices) so you can include the Louvre Museum in your Paris itinerary with the least amount of difficulty.

What to See at the Louvre 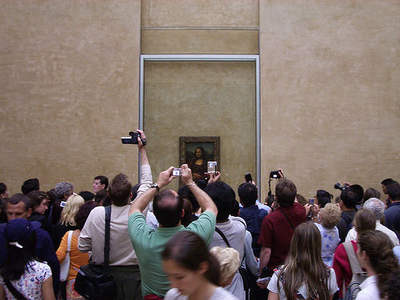 Easily the most famous thing on display in the Louvre is Leonardo da Vinci’s Mona Lisa. Nevermind that it’s rare to get a good view of the painting because it’s obscured by the hundreds of people in front of you holding their cameras up to snap identical photos. (There’s a reason it came in at #1 on one list of the most disappointing attractions in Europe!) It’s still something that, if you’ve paid the admission to get into the Louvre, you’re likely to be disappointed if you don’t see for yourself.

Here’s a sampling of other things that are often included on the “Louvre Greatest Hits” list:

As anyone who’s visited the Louvre will tell you, it’s a massive museum. If you had dreams of seeing everything on display, you’d better erase them from your mind – unless you plan to spend several solid days there. Most travelers are interested in seeing only a small fraction of the Louvre’s impressive collection, and with a well-organized tour (either guided or DIY) you can see the Louvre highlights in about a half-day. But if you’re interested in seeing more than just the artworks listed above, you’ll want to allot an entire day (there are several restaurants & cafes in the Louvre – including a Starbucks – so you can take a lunch break without leaving!). 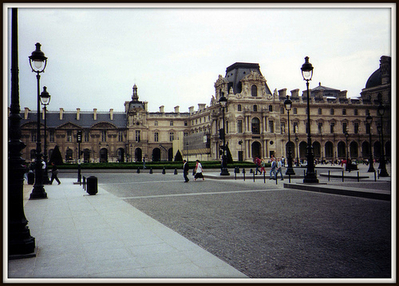 Even if you chose never to set foot inside the museum, its walls alone are a living – and still evolving – French history lesson. In recent years, excavations have unearthed some of the Louvre palace’s medieval foundations. In its earliest days (1200 A.D.), the Louvre existed as a castle built for defense (it was also much smaller than the building you see today). Its medieval towers have long since been replaced by the more decorative and ornate façades of the Renaissance era when Francois I returned to this castle fortress which had been somewhat abandoned and left to ruin. Throughout French history, you’ll note how kings and rulers have had a curious love-hate relationship with Paris, building great palaces only to turn their backs on the city, fleeing for the serenity of the countryside. (It’s what Parisians continue to do every weekend during the warmer months.)

Before becoming a museum, the Louvre had several purposes. First, as mentioned, it defended Paris from its position overlooking the Seine River. It didn’t actually become a residential palace until the 1300s during the reign of Charles V. Charles lived here, but he also created a huge library in one of its towers. When Francois I moved in 150 years later, he decided to give the Louvre a totally new look. The façade took on the design of the day – borrowing the less austere (and much more ornate) features of Italy’s burgeoning Renaissance style.

Still what you see on the façade of today’s Louvre, particularly in the Cour Carrée (that’s the square enclosure of the Louvre which you can reach by walking past the I.M. Pei Pyramid and through the arches to the westernmost end of the the museum), retains only a small segment from Francois I’s era. Catherine de Medici added the wing facing the Seine River. Even though Louis XIV ended up spending most of his time at Versailles, he brought in a crew of architects and artists to work on the Louvre Palace, from the inside out. Napoleon couldn’t resist adding an addition, followed by Napoleon III making his own modifications as late as the 19th century. And even 20th-century French presidents felt inclined to leave their fingerprint on the Louvre, witnessed by the Pyramid installed during President Francois Mitterand’s term.

Is it possible that the Louvre as we know it today should have started with a Francois and ended its restorations with a Francois? Probably not. It is far too tempting a prospect to link one’s place in history to one of the most famous museums in the world, so one imagines there will be more changes made to the complex of buildings in the future. 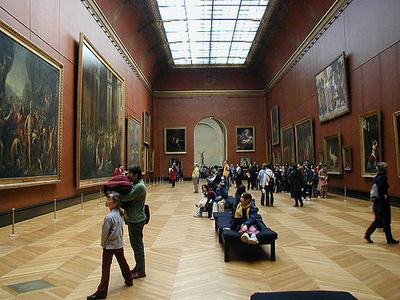 As has already been mentioned, the Louvre is a giant museum and a big sight-seeing undertaking. So it helps to get some hints about visiting before you buy your ticket. Here are some things to know before you go to the Louvre.

Guided Tours of the Louvre 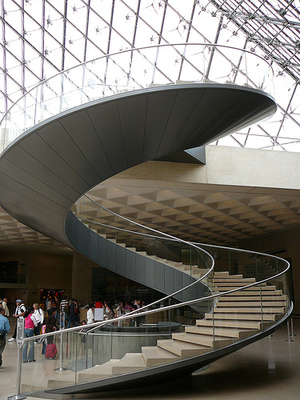 Having a tour guide for the Louvre is a great way to make sure you’re not missing anything “important,” but you can do a fine job with a self-guided tour as well. The benefit of booking a guided tour is usually that you’ll get to avoid waiting in line – for instance, this Paris Louvre Museum Guided Tour is aptly called “Skip the Line.”

The Louvre itself offers an introductory tour during the peak summer season which lasts 1.5 hours and will introduce you to some of the highlights of the museum. The English tour is available in July and August on Monday, Wednesday, Thursday, Friday, and Saturday three times daily – 11am, 2pm, and 3:45pm. Ask for more information at the ticket office when you buy your tickets.

There are virtual tours on the museum’s website, so you can get a feel for what you want to see before you leave home. And the Louvre website also has excellent (if a bit overwhelming in their level of detail) interactive floor plans – giving you a sense of just how huge the museum really is, while also letting you start planning your visit. 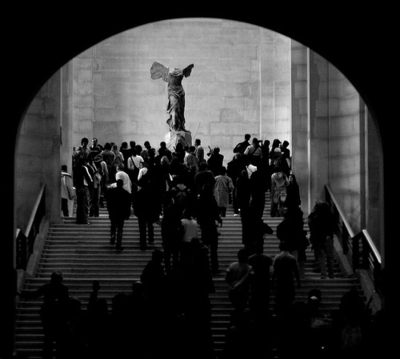 Louvre Admission: €9 for the permanent collections (€6 between 6pm-9:45pm on Weds & Fri evenings)
€11 for exhibits in the Hall Napoléon
€14 for a combined ticket of both permanent collections & temporary exhibitions (€12 between 6pm-9:45pm on Weds & Fri evenings)
Free Admission – children under 18, EU citizens under 26, disabled visitors & their guest/helper, unemployed visitors, & some teachers (must show proof)
On the first Sunday of every month, admission to the Louvre is free for everyone.

How to Get to the Louvre

Via the Paris Metro – Palais-Royal-Musee du Louvre Metro stop
Via the Bus – Paris bus lines 21, 24, 27, 39, 48, 68, 69, 72, 81, and 95 stop in front of the pyramid, as does the Paris Open Tour bus
Via the Seine River – The Batobus has a Louvre stop at quai François Mitterrand
Via car – There’s a parking garage nearby that’s underground, the entrance is on avenue du Général Lemonnier & it’s open from 7am until 11pm