Summer Travel to Paris is Pretty Cheap This Year 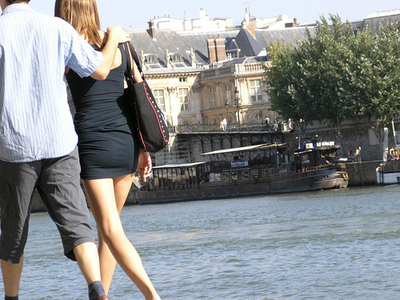 For many years, the only season when I thought of traveling was during the summer. When I was younger, this was basically due to the restrictions of a school schedule – the only times I traveled when it wasn’t summer was for study abroad trips. But even when I was out of school, the summer still seemed like the most logical time to travel. I assumed it was the best time to go, because that’s when everyone else went.

Needless to say, I’ve learned the error of that thinking since then.

Still, summer is probably the most popular travel season to many destinations – including Paris. The city’s streets are crowded with visitors and locals alike, despite the heat and the expense. Because while visiting Paris is never really a cheap proposition, visiting during the peak summer season has for many years been even more expensive than normal.

This year, things are a little different, however. Thanks in large part to the current economic state, fewer people are able to travel than in years past. And even many who can afford to travel are opting to stay closer to home. What this means for those of you who are still planning a trip to Paris is that prices are lower than they’ve been in ages – even for summer travel.

To showcase this point, I thought I’d look up the costs of some airline tickets to Paris this summer from various U.S. cities. For trips in June, I found round-trip fares from New York starting at $533, from Chicago starting at $595, and from Detroit starting at $647. Flights from LA, Atlanta, and San Francisco all started in the $700-720 range. In July, New York still has the lowest round-trip fares to Paris, starting in the $575 range, although Detroit has flights for as low as $646.

Now, of course these prices are still higher than you’d expect to pay if you were going to Paris in November or February, but for summer airfare to Paris they’re extremely low.

Along with airfare, the prices on accommodation is also lower this summer than it’s been in a long time. No matter what part of the city you’re looking in, you’re probably going to find that hotels in Paris have dropped their nightly rates or are running more booking specials than before. In particular, last-minute bargains look like they’re going to be more plentiful this summer, as hotels try to fill up rooms that would otherwise sit empty.

So if you thought it was either too late to plan a summer trip to Paris or too costly to travel to Paris in the summer, you might be pleasantly surprised when you start checking out airfare and hotel deals for the next few months.

photo at the top by follc