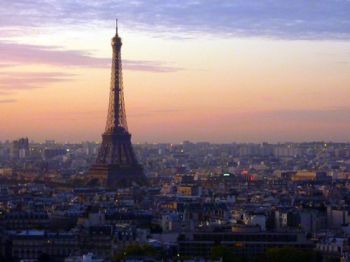 We’re a few short weeks away from the official start of summer, but many people have already got their summer travel plans well underway. And with the cost of a euro dropping sharply right before the busiest travel season, you can bet that this summer in Paris is going to be even more crowded with tourists than it usually is.
No matter how many travel experts churn out articles in March and April telling people to take their European vacations now instead of waiting until the too-hot, too-expensive, and too-crowded summer months, the summer is still when the majority of travelers have free time in which to take their holidays. So despite possibly knowing better, summer trips to Paris and other parts of Europe are going to remain popular for the foreseeable future.
Which means you need to arm yourself with the proper knowledge so that your summer trip to Paris isn’t fodder for complaints when you return home. In this article, you’ll find information about some of the basics you need to know when planning a summer trip to Paris – including things you’d need to know any time you visited the French capital as well as things that are particularly important to keep in mind during the busy summer season.
With the right planning, a trip to Paris in summer can be the stuff of dreams.
>> Don’t forget to read our cheap guide to Paris to help your budget stretch even further this summer! 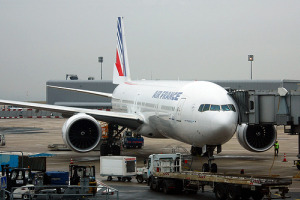 If you’re among the lucky ones, you spied a great summer sale a few months ago and have already booked your cheap flights to Paris. But if you’re still in the midst of planning and haven’t booked flights yet, don’t despair. Yes, airfare to Paris costs more during the summer, but there are still a few deals to be had and with the aforementioned drop in the euro you might have more travel budget to work with anyway.
When you’re hunting for summer airfare to Paris, remember that there are a few airports to choose from. The biggest in Paris (and France) is Charles de Gaulle Airport, and most of the time that’s where the cheapest flights to Paris fly into – but it’s always a good idea to check other airports in and around Paris to see if there are better deals available. Here is a list of the alternate airports in Paris to look at when you’re searching for airfare.
Also keep in mind that sometimes the cheapest flights to Europe from overseas aren’t going to land in Paris first. It’s most convenient to fly from – for instance – Chicago straight to Paris, but if a flight from Chicago to Frankfurt or Amsterdam is significantly cheaper, that’s definitely worth considering. You might be thinking, “But I don’t want to spend my vacation in Frankfurt or Amsterdam – I want to go to Paris!” I’m not suggesting you change your destination plans, only how you get there. Once you’ve figured out how to get to Europe on the cheapest flight you can find, it’s pretty easy to find a cheap flight on a budget airline to Paris. 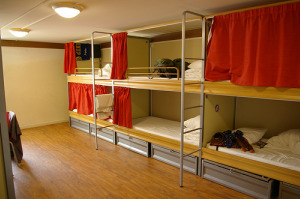 Getting to Paris involves paying for a ticket in your home currency. Once you’re in Paris, you can take advantage of what are (at least for now) fantastic exchange rates for anyone who doesn’t get paid in euros. Hotels in Paris tend to be on the expensive side unless you’re staying well outside the city center, and although there are loads of hostels in Paris to choose from they also fill up fast when you’re traveling in the busy summer months.
You don’t have to wait to get your airfare sorted to start researching where you’ll stay in Paris. It’s a good idea to get familiar with the neighborhoods in Paris so you know what a hotel/hostel description means when it says it’s in the 10th arrondissement or just outside the Marais, etc. Depending on what’s on your agenda in Paris, you might also want to pay attention to what side of the river you’re looking at (learn more about the difference between the Left Bank and Right Bank).
We’ve posted a series of articles on hotels and hostels in different parts of Paris to help you narrow your choices by neighborhood or a particular characteristic, so be sure to consult our Paris hostel guide and Paris hotel guide for listings of hotels and hostels (complete with maps showing where each is located).

Getting Around in Paris in the Summer 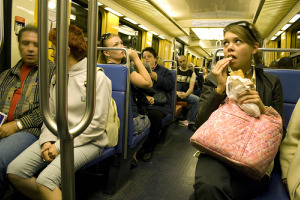 Paris is a big city, but getting around is made easy and cheap with Paris’ great public transportation. There are a few different transport methods – some easier than others to figure out – and once you get the hang of them you won’t have to worry about paying for an overpriced taxi or (heaven forbid) driving a car in Paris at all. (Tip: If you’re planning to visit other cities in France and will rent a car for that part of your trip, don’t rent the car in Paris. Arrange to pick up your rental car in Versailles.)
Learn more about getting around Paris by public transportation – including the Paris Metro, the RER trains, and buses in Paris. And then if you’re headed from Paris elsewhere in Europe, check out Eurolines buses for cheap transport from country to country.

What to Do in Paris in the Summer 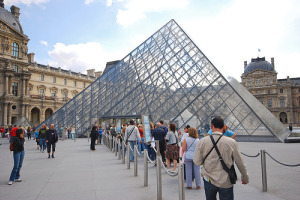 Summer means crowds and longer lines at Paris’ biggest attractions, so you’ll need to plan your days well to avoid getting stuck in a long line that eats up half your day. Pay close attention to what days different museums and other sights are open and (more importantly) closed, and what their hours are. Some adjust their hours to stay open longer during the summer, but sometimes longer hours are only on days when admission prices are reduced – which means even bigger crowds.
Summer in Paris means a whole host of special events and holidays, so be sure to mark those on your calendar, too. It can be extremely fun to spend Bastille Day in Paris celebrating with the locals, but it can also mean attractions are closed and crowds are larger.
Check out our articles on June in Paris, July in Paris, and August in Paris to find out what’s going on in the city during each month. 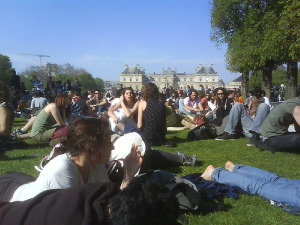 You won’t be surprised to learn that summer usually means “hot” in Paris – so much so that August is when any Parisian who can afford it gets out of the steamy city and hits the beaches (waterproof digital camera in hand). Even if you’re not normally susceptible to the heat, remember that you’re on unfamiliar ground and sight-seeing all day – something you probably don’t do back home – so take precautions against the weather.
Stay hydrated, don’t postpone re-fueling (i.e. eating!) until you’re too famished to move, and plan to be out of the sun during the hottest parts of the day. Museums and churches make ideal midday stops, since they’re generally much cooler. And pay attention to what the locals are doing – follow them to their favorite local parks to relax in the shade and read a book until the temperature drops a bit in the late afternoon.
Weather questions bring up packing questions, because usually the weather helps dictate what you’ll wear. You definitely want to be comfortable, but remember that some sight-seeing destinations require a certain kind of attire – no shorts or bare shoulders in churches, for instance – so you’ll need to plan accordingly.
Read more about the weather in Paris and also summer packing tips for Paris so you can prepare for your trip. 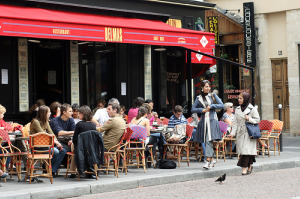 Parisians like their outdoor seating whenever they can get it, and summer is ideal for dining outside. Every cafe with an inch of sidewalk space has tables and chairs set up, and the ones facing pretty squares or famous landmarks will charge an arm and a leg for those outdoor spots. You can still enjoy an outdoor meal without paying for the view if you explore smaller side streets and less-touristy neighborhoods, and an even cheaper option is to build your own Parisian picnic with the goodies found at Paris’ food markets and take it to a nearby park.
Consult our guide for where to eat in Paris, learn about famous local foods in the what to eat in Paris article, and find out more about eating cheap in Paris.
photos, top to bottom, by: garybembridge, eisenbahner, Chris Lancaster, jlongstocking, maveric2003, magnusfranklin, quinn.anya