Snow in Paris: Just an Illusion? 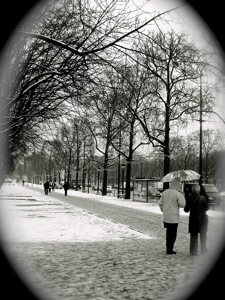 If there’s one thing more of an illusion than fashion in Paris – it must be snow. Don’t try to tell any of the Parisians trying to make their way to work Monday morning about the snow being a mere figment of their imagination. Metro lines ran more slowly than usual – for once -the fault of Nature rather than strikes.

Nevertheless, you have to be somewhat lucky to hit Paris on a snowy morning. Easy to say in retrospect. If you want to see who’s really having fun, check out the photographers. I have to admit, I wasn’t ambitious enough to head out to Luxembourg Gardens – but even the plantings along the Champs Elysees took a surreal turn with a twinge of mauve on an otherwise grey and slushy Monday morning.

By noon, almost every trace of snow had vanished. Or maybe I just dreamed it snowed in Paris. 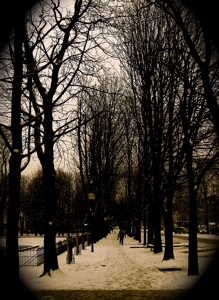 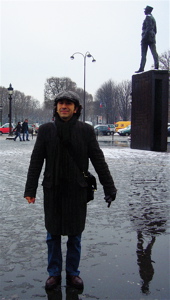 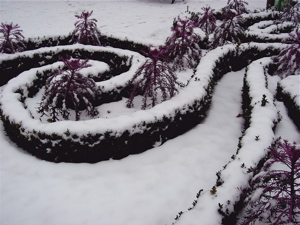