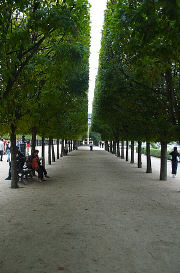 There might be songs written about other months of the year, but September in Paris is an excellent time of year to be in the city. Although the high season in Paris now extends beyond the summer season and includes the months of May and September (and sometimes April and October as well, depending on what your hotel is trying to charge you!), you may find that international airline tickets are a bit less expensive in September than they were in June or July.

Paris is a city that never empties completely of tourists, but you may find that in September (especially later in the month) there are shorter lines for the big museums and just fewer people out and about. But while the tourists may not necessarily be flooding Paris in September, this is the month when many annual exhibitions and shows are on in the city – so midweek hotel rates may actually be higher than weekend rates in some cases, as business travelers come into town just for a show or exhibit and then leave by the weekend.

The Paris weather will still be lovely for the most part. You’ll find that the average monthly high temperature in September in Paris is right around 70F (around 21C), and the lows are usually right around 55F (13C). You might not expect this, but August is actually the wettest month in Paris according to rainfall, and in September you do risk getting hit by a random shower or two. Carrying a small umbrella isn’t a bad idea, and having an indoor activity as a back-up plan is smart so you don’t get stuck on a Seine cruise in the rain!

On the other hand, recent years have seen soaring temperatures in Paris in September, so be sure to check a current weather forecast before you pack your bags – and be prepared to layer a bit in case of either extreme.

Some of the events which take place in September in Paris include: