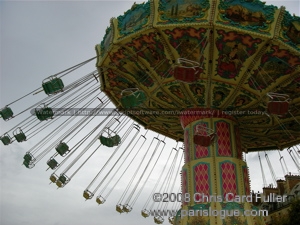 Paris Plage is closed (once again, I arrived too early and too late). The Tuileries Gardens ferris wheel (La Grande Roue) will be packed up until next summer. Already there’s a crisp note of autumn in the air (but I’m hoping for an Indian summer in September and October after the cloudy August). 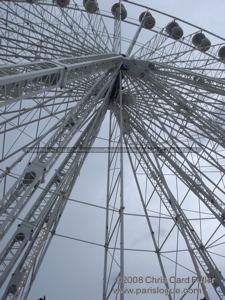 Daniel and his friend Sylvain met us for coffee at the Bistro de La Tour, 4 Rue e la Arrivee (which is located on the opposite side of Tour Montparnasse from our favorite Greek panini stand).

“Normandy looks so sad. The country houses are all shuttered.”

Summer memories. An empty picnic table that was so recently laden with yummy dishes – plates of foie gras de canard, sweet melons, fresh apricots, and bowls full of blood-red cherries, a velvety Savigny burgundy, fresh mussels from Barfleur, all of these delightful flavors served up in a flurry of friendly chatter.

Summer goes by so quickly in this part of the world that you’ll have to forgive a little nostalgia – so here are some of the favorites garnered from the Spring/Summer of 2008: 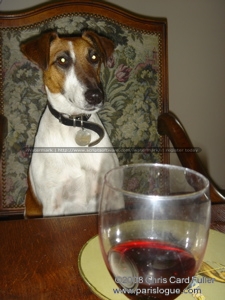 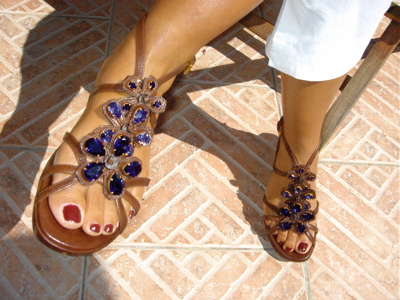 Favorite touch:
Normandy linen. How often do you get to fondle top-grade raw linen? Positively decadent. And did you know that linen (or flax) has vintage years just like wine?
https://www.parislogue.com/travel-tips/french-linen-a-noble-cloth.html
Favorite conversations:
The difference between green flies and blue flies in the ‘chiotta!
The Stonehenge constructions of moles. 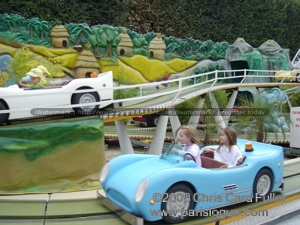 The Tuileries Fun Fair starts at the end of June and lasts till the end of August (this year ’08, until August 24th). Various amusement rides are set up including flying chairs, kids’ cars (on a track), and of course, the huge ferris wheel. The ferris wheel ride (at 6 Euros for adults) gives you a great view of Paris and you don’t have to climb any steps or wait in huge lines!