Save Money on Budget Airlines that Fly to Paris 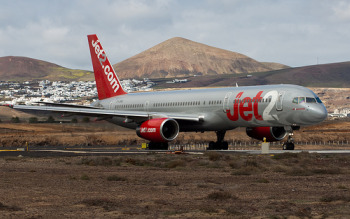 Anytime you’re planning a trip to Paris – unless you’re traveling on someone else’s trust fund or you just really like the idea of going deep into debt – you’ll want to pay close attention to your travel budget. Paris is an expensive city to visit, so if you can find easy ways to save a little money you should take advantage of them.

That goes for everything from booking a cheap hotel in Paris (instead of one of the more costly and cuter boutique hotels that seem to be everywhere) to making the most of Paris museum discount cards to looking for the best deal on international airfare that you can find. At least with the latter, you’re aided these days by the proliferation of budget airlines throughout Europe, many of which serve Paris’ airports.

Flying to Paris on Budget Airlines

Still, when you’re in the beginning stages of hunting for flights to Paris it’s definitely worth considering flying into the absolute cheapest European destination and then taking a short flight from there into Paris. If the cheapest flight brings you to a massive hub like London Heathrow or Frankfurt, then it’s easy to hop on a flight on one of the budget airlines that flies into Paris.

Making the trip to Paris in this way, flying into whatever city in Europe is cheapest and then getting another flight to Paris, will require a bit more planning on your part. Because you’re booking these flights separately, you’ll need to pay special attention to connection times to make sure you’re giving yourself enough time to get from one flight to the other.

This is especially true because you’ll need to collect your bags at your European entry point (wherever that is) and go through passport control before checking your bags in for the flight to Paris. But as long as you’ve taken all of that into consideration, it’s certainly worth looking at this multi-step route to save money on a Paris flight.

Discount Airlines that Fly to Paris

To help you know which European budget airlines to even look at for cheap flights into Paris, here is a list of the main discount carriers that serve the different airports in Paris – plus a list of some of the airports each one flies from.

>> And now that you’ve saved all that money on your ticket to Paris, you have options – you can splurge on a fancier hotel if you like, or stick to the cheap hotels or even Paris hostels plan and spend your savings on crepes!