Saints and Sluts of Paris 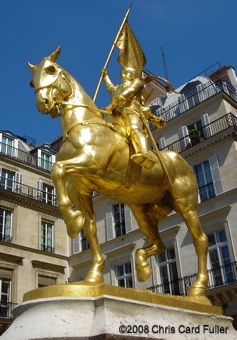 Being a woman in Paris has never been easy – especially if you want to stand out from the crowd. Two of the most famous women in French history happen to be saints – Joan of Arc, patron saint of France and Genevieve, the patron saint of the City of Paris. 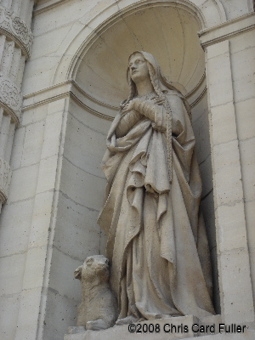 St. Genevieve was a ‘home girl’ from Nanterre (located just outside of Paris on the other side of La Defense) (born in 420 AD) who gained the ear of city leaders because she was considered by many to be a mystic with healing powers. In those days the former Roman governor (Aeitus) had basically made a run for it to more southerly strongholds in response to Attila the Hun’s rapid fire westward advance across Europe. The city of Paris was pretty much in a shambles. When news of the massacres and destruction wreaked by Attila hit Paris, Genevieve responded in the way that any sensible homegirl would do – she went on a diet. Basically beans and barley twice a week. When she wasn’t dieting, she wandered around the city islands and the surrounding marshes – praying and burning calories.

No one really knows why Attila the Hun decided at the last minute to cancel the Paris stop on his European road trip. Some say he got wind of the fact that the Parisian babes weren’t much to look at (of course in those days, skinny ‘Goths’ weren’t considered exotic at all -but probably boring). Whatever the reason, he headed south to Marseilles and bypassed Paris.

Those Parisians that used to think Genevieve was just a weird and somewhat intimidating woman suddenly decided that if she was capable of scaring off Attila the Hun, maybe there was more to her beyond the geeky surface. So, this is basically how Genevieve saved Paris and had a church dedicated to her as a tribute: St. Etienne du Mont St. Genevieve ( if you want to know why it’s now called St. Stephen’s instead of St. Genevieve – that’s another story). It is also said that St. Genevieve did a number of healings.

Patron saint of France (along with St. Therese of Lisieux). The fact that the church didn’t get around to canonizing Joan of Arc as a saint until the 1920s tells you something – she died, burnt at the stake in the 1430s). Oh, well, better late than never to decide that her actions deserved top military honors at least, if not sainthood. (BTW, does anyone know if Jeanne d’Arc ever did receive a posthumous Croix de Guerre, or the likes?) St. Joan of Arc (Jeanne d’Arc) never got to make a triumphant march into Paris (which was occupied by the English during a portion of the Hundred Years War). However, there’s a commemorative statue of Joan of Arc at Place des Pyramides on the Right Bank. She entered the city not far from the Place des Pyramides, where, with a battallion of 12,000 men, she attempted to liberate Paris from the English. This was one of the battles that she unfortunately didn’t win. She was wounded by an arrow. Some accounts report that it was actually a Frenchmen who shot the arrow. She was considered by some Parisians to be a sorcerer and by others simply as ‘a bad influence on the young’. The Paris university sided with the English when it came to Joan of Arc’s fate.

Nevertheless, she succeeded in bringing Charles VII to Rheims to be crowned king of France, the event which eventually changed the tide of the Hundred Years War in favor of the French crown.

While being a saint might get you branded as a witch, queens didn’t fare much better. When Francis I brought his hot Italian bride to Paris, Catherine de Medici was often referred to by snide Parisians as ‘the king’s whore’. And why? Because she wore high heeled shoes.

But being a slut or a whore is not necessarily the worst of insults. Consider the fact that from the Middle Ages onwards, women of loose values (and good looks, of course) tended to find greater social mobility. Madame de Pompadour gained her titles at Versailles, but hailed from a Parisian merchant family.

As mentioned in Andrew Hussey’s Paris Discovered, Notre Dame Cathedral used to be one of the favorite places for women of ill repute to pick up a stray soul, but it wasn’t until the the 19th century when prudish Haussmanian values changed the ribald street names of Paris ‘s St. Denis red light district that uptown sluts gained fame and, if not respectability, certainly devotion, adulation, and all of the perks associated with wealth and power. 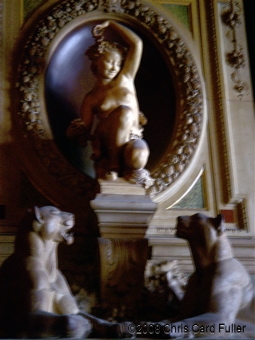 A prime example of a 19th century courtesan who struck gold would be the Comtesse de Paiva whose monumental mansion still graces the Champs Elysees. (It is now the Travelers’ Club). Not ordinarily open for visits, this ornate ‘bijou’ of an aristocratic-style townhouse included such accoutrements as a silver bathtub (which still exists) and a marble staircase of infinite refinement. 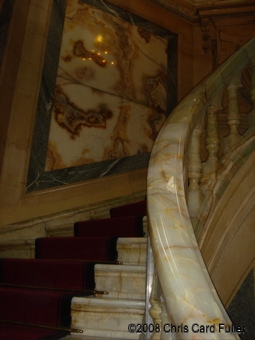 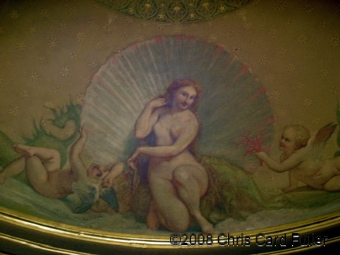 The golden-haired Comtesse de Paiva was one of the numerous courtesans of her era who inspired Emile Zola to write his novel ‘Nana’, a composite of the 19th-century muses which drove otherwise logical men into a tizzy. The fact that many of these real-life courtesans ended their days in relative comfort and good health is quite the opposite from their ‘just desserts’ depiction in romantic fiction’.

If there’s any ‘moral lesson’ to be gleaned from this history of Paris saints and sinners, history may tell us that today’s most criticized, feared, and ostracized Parisiennes may, someday, become France’s saints and heros.