Rude Parisians: Are you sure they’re Parisian? 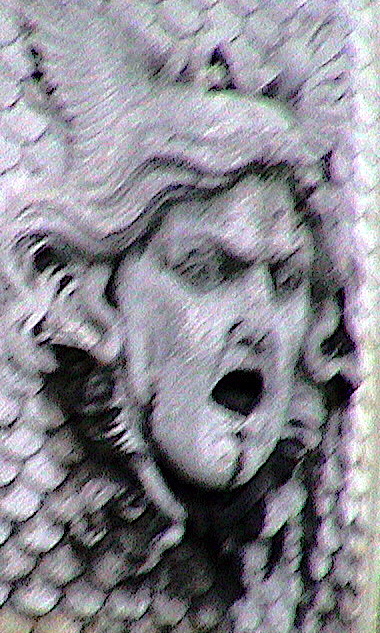 Old cliches die hard, but I came across a comment today from Nigel Grate on the site Photo.net (A Photographer’s Guide to Paris) which really floored me: You can look at the full comment for yourself, but the gist of it is that Nigel admits when
American tourists who can’t speak French ask him for directions, he PRETENDS to be a rude French person who doesn’t speak English.

This is what he really likes about Paris! Granted, it doesn’t cost as much to take the Eurostar from London to Paris as it does to fly from the US, but if you have to go as far as Paris and consider your trip a success because you’ve made other tourists feel unwelcome, all I can say is GET A LIFE!

Good travelers try to be respectful of the country they’re visiting, but also they try to watch out for other travelers. I have to admit that sometimes I’m lax when I’m in a rush, but if I have time, I’ll make a point of trying to help out English-speaking travelers who are having a difficult time finding their way around Paris. It doesn’t cost anything – and I’m always happy if I can help out. You never know when you’ll find yourself in a similar predicament.

Just a few days ago, a woman in the Metro asked me in English for help finding a Metro stop. She was from Almaty, Kazakhstan. She was surprised when I told her I’d been in Almaty just three weeks ago. You’ll run into people from all corners of the world who speak English. If English happens to be your native tongue and you can share information that will help make people’s visit in Paris more pleasant, why not make the effort?

A Photographers Guide to Paris also mentions many positive personal experiences meeting Parisians in Paris. But honestly, I think the best place to meet Parisians is when you run into them on vacation. I chatted with a Parisian in the elevator of our hotel in Moscow. We had a three minute conversation which consisted of exchanging Moscow restaurant and cafe addresses. (Cafe de la Paix and Le Must, ir you happen to be in Moscow).

Remember that Parisians are working when they’re in Paris – their time is limited to family and a few very close friends. They have to worry about strikes, the price of gas, and rising costs – just like you do – when you’re not on vacation. So, if a Parisian makes a special effort or goes out of his or her way to be friendly – you are VERY lucky indeed.

How to ask for street directions if you’re lost:
1. Excuse yourself for bothering the person i.e je m’excuse de vous deranger, mais . . .
2. Then you can ask if the person speaks English. If they say, ‘a little’, that usually means ‘more than a little’.
3. Speak slowly.
4. Be sure to thank them a thousand times. Merci infiniment.

Tout droit. Straight ahead. or Straight on.
A droite. To the right.
A gauche. To the left.
People in Europe usually measure distances in meters. So a person is likely to say just 100 meters farther.
There are no ‘blocks’ in French, so it’s always the next right or the next left.
Au carrefours would be the ‘at the intersection’.
Au feu rouge. At the red light. Traffic lights are called ‘feu’ the same word as ‘fire’.
En face. In front of. (facing)

Best bet for asking directions. Look for a woman of ‘a certain age’. I’ve noted that conservatively dressed women waiting for buses know how to get just about anywhere in the neighborhood. They can tell you if the Sunday market is overpriced and they can probably tell you who’s the best butcher in vicinity.