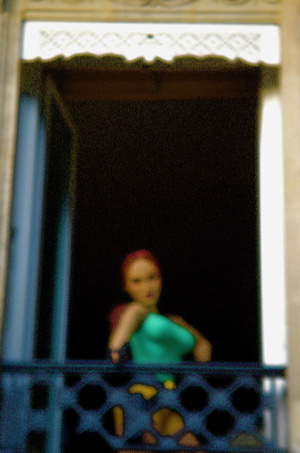 In Paris, unlike Amsterdam,, you’re not likely to see prostitutes waiting at their window for business. However, you might run into some unusual ‘decoys’. Have these decoys been propped up like duck decoys hoping to attract the real thing? Check out the window and you’ll see on second glance that this female decoy is armed.
Check out her window mates. 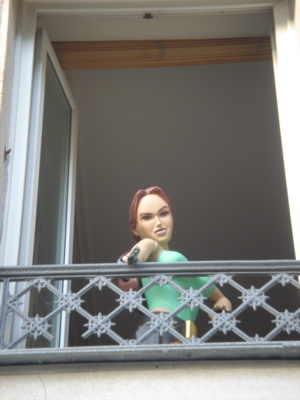 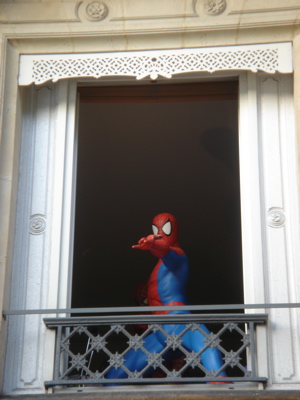 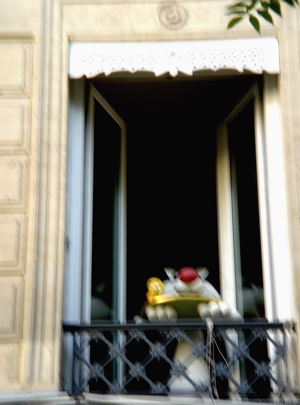 If you’re looking for Paris’s Red Light District, don’t waste too much time on the Left Bank. Traditionally the major district is found in and around Pigalle (known as Pig Alley by some). You can start at either the Pigalle, Blanche, or Strasbourg St. Denis metro stops, but don’t expect to find anything comparable to Amsterdam.
Rue St. Denis runs from north to south – the southern part of Rue St. Denis starts near Pompidou Center, just keep walking north. There’s plenty of bars and pubs along the way.
Paris Tempo has a useful summary of the activity onRue St. Denis. Prostitution is legal in France, however solliciting on the street isn’t. You figure it out.
In case you’re wondering where these photos were taken, they were taken on the Left Bank in the 13th arrondissement about as far away as you could possibly get from the Red Light district. The 13th is a quiet residential neighborhood, and also the place where you’ll find the hostel OOPS on Blvd. des Gobelins.