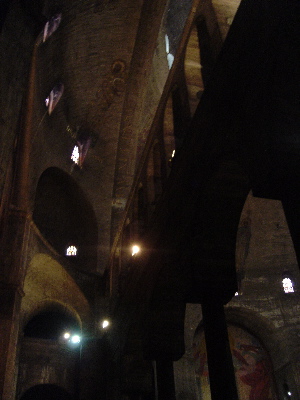 Photo by Chris Card Fuller ©2008
If you’re planning on spending two weeks in Europe, the hardest part of your trip may be deciding which cities will best complement one another. Judging by Travel Advisor’s recent survey, Paris is considered Europe’s most romantic city, the best city for shopping and the best place for great meals, but Amsterdam is where you want to go if you’re looking for a friendly welcome combined with great nightlife (Paris received the dubious achievement of ranking #1 for the most unfriendly residents).
It was also pointed out on Amsterdam Logue that Paris’s rating as having the most attractive residents may be up for more discussion. I’d have to agree that trying to rate a country’s people as being ‘attractive’ seems to be such a subjective issue. Are we talking physically attractive, or stylish, for example? Also, I would have to say that the women in one country may be attractive – and the men in another country more attractive – but so much of this has to do with personal taste that it seems almost ridiculous to include it in a survey.
Regarding the rudeness of Parisians, I find that the majority of Parisians I’ve met tend to be polite (this is not including Parisians in their cars!). There are always exceptions.
The only way you’ll be able to decide if this survey holds true is by seeing for yourself. In that case, if you find the Parisians to be rude or unfriendly, you can look forward to your second week in Amsterdam where you’ll be treated like a king or a queen.
Spend the first week in Paris to entertain your tastebuds and shop to your hearts’ content. Then spend your second week in Amsterdam making friends, drinking beer, and enjoying Amsterdam’s nightlife.
One of the easiest ways to get from Paris to Amsterdam is by train. The train leaves from Gare du Nord and will get you to Amsterdam in approximately 4 hours and 20 minutes (if you take a direct train). Here are the train schedules.