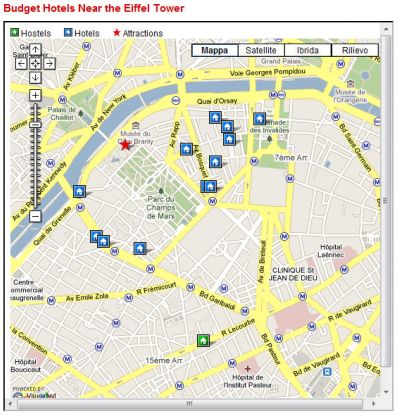 That Paris is a city crowded with hotel options shouldn’t surprise anyone. It’s one of the most popular tourist cities on earth, after all. But sometimes too many options isn’t a good thing – if you’re a traveler who has never been to Paris before, the number of choices can be paralyzing. How do you pick among the many hotels even in one neighborhood? For that matter, how do you even pick a neighborhood to look for hotels in?
For the serious budget travelers, we put together this Paris hostel guide last year – it includes links to all the neighborhood-based hostel articles we’ve done, so that you can figure out easily what your options are for hostels in various parts of Paris. We figured it was about time we did the same thing for hotels, so here it is.
Each of the articles linked below includes listings for hotels in that neighborhood, and there’s a handy map on every post so you can see where they all are. Some of the articles linked here are for hotels that are near certain landmarks in Paris – the Louvre, the Champs-Elysees – so even if you don’t know the name of the neighborhood around those attractions you’ll at least know that the hotels listed are close to one of the major sights in the city.

>> If you want more of a primer on the neighborhoods in Paris before you start hunting for a hotel, we recommend you read about Paris neighborhoods and the difference between the Left Bank and the Right Bank in Paris.
>> And for a more complete listings of your accommodation options in Paris, search for Paris hotels here.

And if you’re looking for more basic travel planning advice, here are some articles you may find helpful: