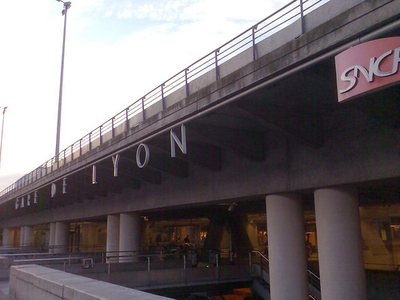 Generally speaking, the areas around train stations in many cities aren’t the prettiest or the best parts of town. They’re often a little more unsafe than other areas, but they’re also often replete with cheap accommodation options. And when you’re talking about a city like Paris, the good news is that there are so many train stations that some of them are actually in a part of town you might want to stay in even if there wasn’t a train station nearby. Such is the case with the Gare de Lyon station.

Gare de Lyon is located near the Seine River, and not far from big Paris sights like Notre Dame and the Louvre. Plus, being a train station, it’s got a Metro station right there making it easy to get around the city. And when you want to get in and out of Paris, it’s nice to not have to drag suitcases too far before you’re on the train. So here are the hostels near Gare de Lyon station in Paris.

On the map below, you’ll see the Gare de Lyon station marked with a star and the hostels that are closest marked with little green icons. Click on any of the icons to learn more about each hostel, or scroll down to read a short description about each one.

Blue Planet Hostel
5 rue Hector Malot – 75012 Paris
If you’re looking for the hostel that’s closest to Gare de Lyon station, look no further than Blue Planet Hostel. The train station is literally a few steps from the hostel’s front door, so late arrivals or early departures in or out of Paris are made slightly less painful. The hostel is on the Right Bank of the Seine, and also not far from the Louvre or Notre Dame.

Young and Happy Hostel
80 rue Mouffetard – 75005 Paris
While Young and Happy Hostel might not be on the same side of the river as the Gare de Lyon station, it’s still one of the closest hostels to the station. What’s more, it’s located in the hip Latin Quarter on the area’s famous boulevard Rue Mouffetard, so you don’t have to feel like you’re living next door to a train station. Well, because you’re not.

There’s a Metro station not far from Young and Happy Hostel’s front door, so you can zip over to Gare de Lyon (or anywhere else in the city, for that matter) quickly and easily when coming or going. While breakfast is included in the price, you’ll be paying extra for linens, towels, and internet access at the hostel.
>> Book Young and Happy Hostel in Paris

Oops Hostel
50 Avenue des Gobelins – 75013 Paris
A bit further away from the Gare de Lyon station (but also close to Metro stations making access to the station and the rest of Paris pretty easy) is Oops Hostel. It’s just outside the Latin Quarter, so you also have the lively district close by – without staying in the heart of it.

Oops Hostel offers more free amenities than the other places on this list – you’ll get linens, breakfast, WiFi, and internet access all included with your bed, so it’s just towels that you’ll either have to bring with you or rent on-site.
>> Book Oops Hostel in Paris