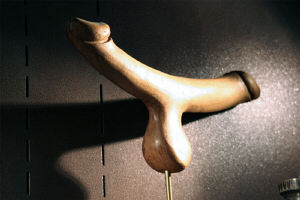 Visitors to Paris have way more choices when it comes to museums than just the standard fare – sure, there are classics like the Louvre and Musee d’Orsay that pretty much everyone has to see or people won’t believe you’ve actually been to Paris, but this city also rewards those with a taste for the unusual. I mean, this is a place that’s got a sewer museum, for pete’s sake – so the fact that Paris also has a Museum of Eroticism shouldn’t be a surprise at all. 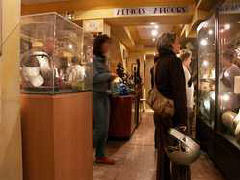 >> Be sure to take a tour of other sights on the Weird and Wonderful Paris tour! 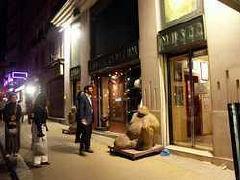 Location: 72, boulevard de Clichy, 75018 Paris; 18th arrondissement
How to Get There: Metro stop Blanche; bus routes 30, 54, 74, 80, 95
Hours: Daily, 10:00am-2:00am
Admission: €8 each, but if you go to the museum’s website you can get a discount voucher worth €3.
Good to Know: There are discounts for students and groups, ask at the ticket window.
Photos are allowed in the museum, so have fun. Just don’t include those shots in the trip slideshow you prepare for grandma.
More Information: The museum’s official website