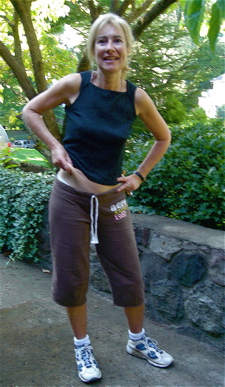 In reviewing Dr. Dukan’s Je Ne Sais Pas Maigrir (I don’t Know How to Get Thin) diet book, I promised to give you an update on Parisgirl’s success, or lack thereof, with this regime which I’ve nicknamed the ‘Paris Diet’. Regime (pronounced rejeem) is the French word for ‘diet’.
The before photo was taken on Day 3.

Today is Day 10 and I’m already within spitting distance of my goal weight. As you may recall, the ‘Paris Diet’ is essentially a protein-based diet. It resembles the South Beach diet in many ways. As I mentioned in my past post, two essential elements of the typical daily Parisian fare are missing from this regime- the baguette and wine. That goes the same for ice cream – even designer brands like Berthillon. Can you imagine living in Paris without the baguette and wine for ten days – or however long it takes to reach your optimum weight? Well, that’s the gamble.

So, what happened during the past ten days? 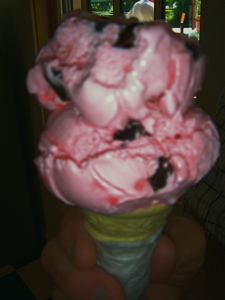 First of all, I purchased a digital scale which reads weight either in kilos or pounds. Being able to read weight in pounds as opposed to kilos has its benefits – especially when you consider that one kilo is equal to 2.205 pounds. I was pretty horrified at the first weigh-in (until I realized I was reading a sample sticker weight that had been glued over the digital reader). Be sure to unstick that weight sticker (friendly advice from one blonde to another blonde!).The beauty of using pounds versus kilos is the opportunity to see your progress measured in increments of 8 ounces. 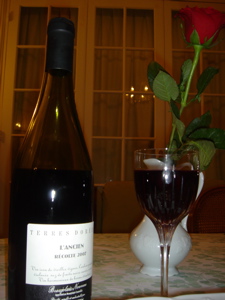 How does it feel?

Davine, who introduced me to this regime, explained it this way, “Je suis gourmande,” i.e. “I like to eat” – which is why I needed to find a diet which would allow me to eat a lot!” I have to agree with Davine that even though the menu is extremely limited, I really like that fact that I can eat whenever I’m hungry. There are no limits on the amount one can eat within the set categories. Therefore the sense of hunger doesn’t exist. If you get hungry, you eat. Simple.

Strangely, no sugar cravings. No cravings for a baguette, not even a glass of wine (at least, that’s been my experience). Not even ice cream!

Absolutely essential: Drinking liquids, plenty of water, coffee, tea, but no juices. Dr. Dukan suggests a minimum of 1 1/2 liters per day. In the morning, I pour out a 1 1/2 liters into a carafe, leave it in the kitchen with a glass for sipping throughout the day. This is how he explains the necessity of water. “Would you wash your kitchen floor without water?” As silly as it seems, no other diet plan I’ve read has bothered to make this sort of analogy. Maybe if someone had made that comparison earlier, I would have better understood the necessity for water, plenty of water. If you go into a cafe or restaurant, be sure to ask for a ‘carafe d’eau or a bottle of Evian or Badoit to accompany your meal. If you can’t stand water, drink tea, coffee or sugar-free sodas.

Dijon mustard has suddenly gained a prime place in the kitchen. Slathered on a piece of fish, it makes a great marinade for broiled white fish.

Unlike many pickle brands in the US that include sugar or corn syrup, the French ‘cornichon’ is only soaked in vinegar. Make sure whatever brand you choose includes no sugar.

I have to admit that the idea of no exercise doesn’t appeal to me, so I’ve been running, but Dukan does suggest that during the ‘attack phase’ increasing your normal energy expense other than( using Metro steps rather than escalators or avoiding elevators) isn’t necessary. If anything, he discourages over-exertion.

To be honest, the first ten days feels great. I’m not tired, not hungry, and have virtually no cravings either for wine or bread. Simply, a bowl of Grapenuts cereal. Yes, I’ve already ‘cheated’ – and still appear to be on track. I haven’t resorted to sucking on ice cubes – yet.

In no way do I suggest you try this ‘Paris Diet’. Talk to your doctor for such advice. This is just an account of my personal experience with Dr. Dukan’s ‘I don’t Know How to Get Thin’ regime. To date, I’ve lost between six to seven pounds in ten days, but it’s hardly the time to let up. This is just the time when the ‘rebound’ is likely to kick in. Constant vigilance is the word.