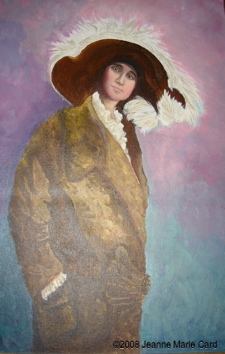 You may have always dreamed of spending a week in Paris – but for whatever reason- there may be dozens of reasons, you can’t get there – at least not now. This post is dedicated to Parislogue readers who keep a special place in their hearts reserved for long, imaginary walks along the Seine River. Don’t worry – you’ll get there sooner or later. In the meantime, here are some suggestions to enjoy Paris close to home.

Paris in your neighborhood: Alliance Francaise

If you haven’t paid a visit to your local branch of the Alliance Francaise, now is the time to look them up in your phone book – or online and consider becoming a member. Just to give you an idea of some of the exciting programs being planned, I noted these exceptional ‘can’t- miss’ events:

I don’t know about you – but for some reason – meeting a real aristocrat – is always fascinating to me. Kind of like meeting a living history book.

November 18, 2008 at 7 pm in NYC (Le Skyroom, 22 East 60th Street, NY, NY), The Comte and Comtesse Patrice and Cristina de Vogué will be talking about the Chateau Vaux le Vicomte. The Alliance Francaise bulletin reminds us that this extravagant chateau built by Louis XIV’s finance minister Fouquet “stands as one of the most accomplished examples of classic style a la francaise.”

FIAF event description: “Comte Patrice de Vogue will vividly relate his tireless efforts to preserve the spirit of this legendary chateau, bringing back to life the finest decor of the 17th century created by Charles le Brun. Comtesse Cristina de Vogue, a renowned and elegant hostess, will share her personal experience as a modern chatelaine.

The evening will include a tasting of her famed desserts, featured in her new book Decadent Desserts, recipes from Chateau Vaux le Vicomte.

Chicago’s branch of AF will be welcoming the French philosopher Bernard Henri-Levy as a guest lecturer. Thursday, October 2nd at the Inter continental.
Bernard Henry-Levy – philosopher, journalist, film-maker has been described by Vanity Fair as a “superman and prophet – we have no equivalent in the US”

Longtime Paris resident and writer for the informative newsletter Paris Notes, Mary McCauliffe will be sharing her insider secrets about the City of Light. She has included some of these secrets in her book Paris Discovered.
1345 Bush Street
San Francisco, Ca
415 775 7755 x13
www.afsf.com
Tuesday, October 7th, 2008 7 pm

Sometimes the distinct taste of Paris is just a dinner reservation away. Some of Paris’s top chefs have made their way cross the pond to the US, and you can reserve a table for those most important occasions in your life – an engagement, a birthday celebration, or just the chance to tell your sweetie, she or he is ‘simply irresistible’. Here’s Fortune’s list of the Top Ten Best French Restaurants in the U.S.

GourmetStation.com puts together an entire Paris 4-course meal. (I’m somewhat biased here, you’ll note Parisgirl has contributed to Gourmet Station’s Delicious Destinations) but I can tell you that the thrill of having a complete gourmet meal delivered to your doorstep is not only delightfully decadent, but also a lifesaver when you’re cut short for time and need to put a meal on the table with Continental flair.

French Cheese online
Who says you can’t enjoy traditional French cheese in the US? So many goodies to eat – so little time!
Gourmet Food Store
Shopping for French labels

So you may not be able to wander from boutique to boutique and dodge raindrops with a fancy Parisian umbrella, but bringing a little bit of Paris into your life by shopping online might just be the tweak you need to jump out of the doldrums. I was particularly impressed by the line of kids’ French design clothes at A Child’s Closet.com– which you can even order in U.S. Dollars.

>> More on Cool Clothes for Kids

>> More about Shopping in Paris

The Louvre and the Pantheon were two Parisian landmarks that inspired the U.S. Capitol building’s architect Thornton.

Washington D. C. is a great way to get an introduction to French architecture and city planning because it was a Frenchman, Pierre Charles L’Enfant who was responsible for the initial layout of the new capital city back in 1791. L’Enfant arrived as part of Major General Lafayette’s contingency. The military engineer accepted President Washington’s commission to design the city, deciding where the new capital buidling and the president’s house would be situated. The style of the new city would be baroque, mirroring the classical lines of Louis XIV’s Paris.
Wikipedia describes “L’Enfant’s plan was modeled in the Baroque style, which incorporated broad avenues radiating out from rectangles and circles, providing for open space and landscaping.”

Las Vegas
The Eiffel Tower is closer than you think if you live in Nevada!

Paris Las Vegas’s Eiffel Tower may not be quite measure up to its 19th-century model located on Paris’s Left Bank, but Las Vegas can certainly fuel your fantasies for a future trip to that French capital. Not only will you find the Eiffel Tower, but also, smaller models of the Arc de Triomphe and the ornate Pont Alexandre III, one of the most beautiful bridges spanning the Seine River.

Jeanne Card is a talented artist and woodcut printer based in Rochester, NY. She painted this original oil painting of her mother. At the time, her mother was working in Chicago and sent a photo home to her parents to show off her new hat. She always dreamed of going to Paris.

She never realized that dream – but her daughter, Jeanne – did go to Paris several times. She visited the Louvre, sketched the Louvre facade, and walked through the Tuileries Gardens. Eventually, her daughter went to Paris too – and ended up staying there to write about the city that grandma could only dream about visiting. Jeanne is my Mom – and the woman in the gorgeous hat is my grandmother. Some dreams do come true – if not in one generation, maybe in two or three.