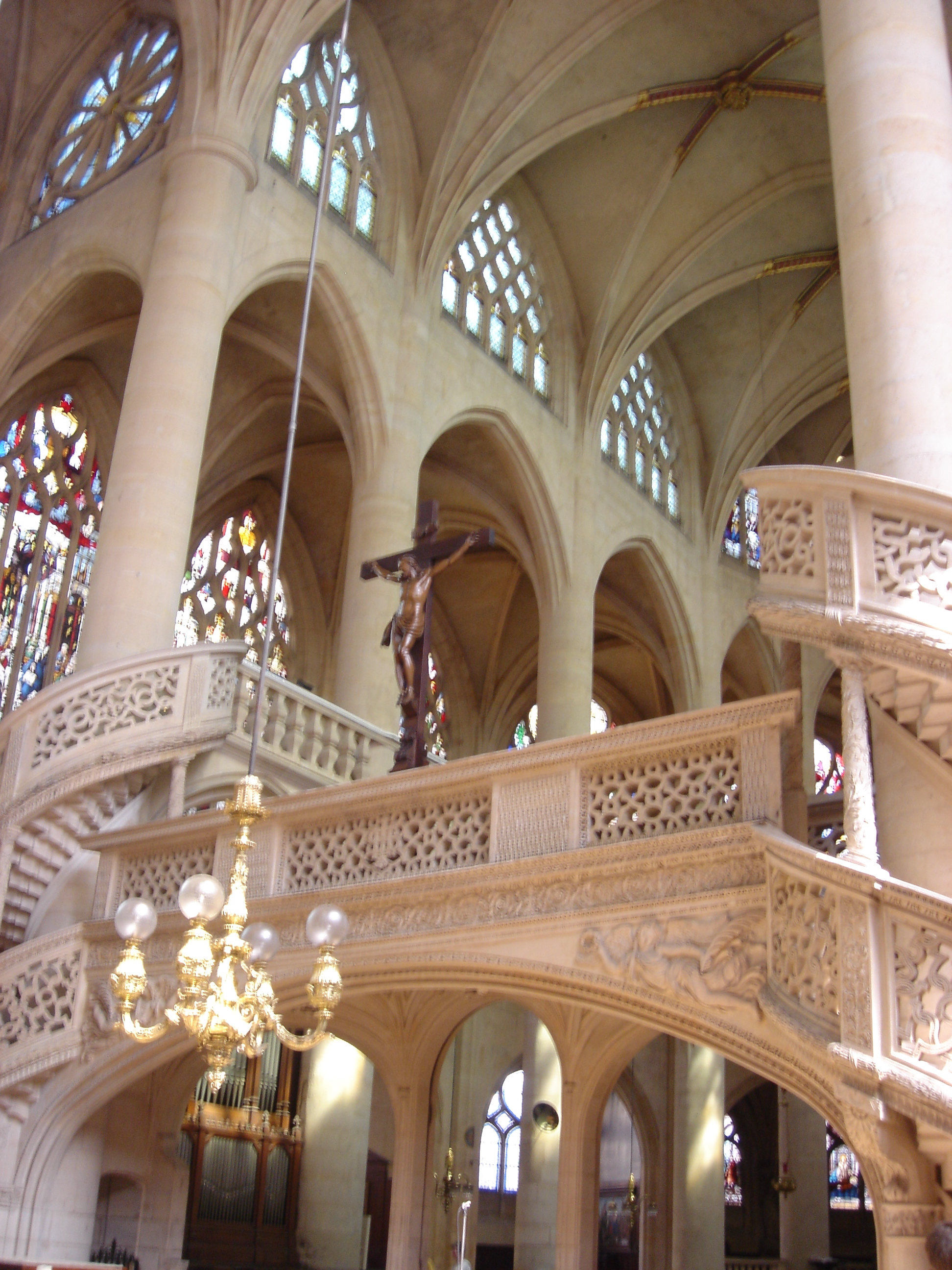 Although it’s called St. Steven’s church, St. Etienne du Mont is really dedicate to St. Genevieve, the patron saint of Paris. It was originally part of a much larger abbey complex. The St. Etienne du Mont chruch remains above the remnants of much older landmarks that go back to the days of Roman occupation.

St. Etienne du Mont is one of the few churches in Paris where you’ll find a rood screen – the ornate stone latticework separation between the altar and the congregation. Although the architecture of the 20th century Holy Ghost Church (Avenue Daumesnil 12th) and St. Etienne du Mont are separated by centuries, they share that harmony of the proverbial
‘stairway to heaven’.