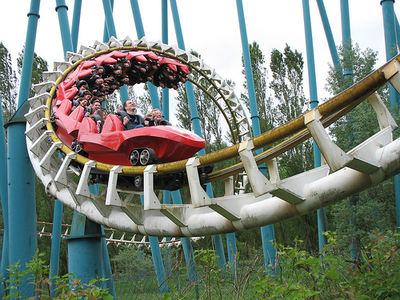 Let’s say you’re taking your kids to Paris because you know you’ve got at least one carrot to dangle in front of them with Disneyland Paris just outside the city. If they behave in the Louvre, you’ll take them to Euro Disney. Seems like a fair bargain, especially for traveling parents who don’t want to leave the little ones at home but also don’t want to forgo the pleasures of non-parent tourists.

But what if you need a second carrot? What if you’ve already spent one day of your trip at Paris Disney and you’re not going back, but the younger set is just about to lose it at Versailles? That’s when you pull out your secret weapon and tell them there’s another amusement park just outside the city where you take them if they calm down. I’m talking about Parc Asterix.

Francophiles know Asterix as the French comic book creations which began in the 1950s, and the series remains one of the most popular comics in the world. It’s been translated into more than 100 languages, and is most commonly known throughout Europe.

What you may not know is that there’s a theme park based on the comic series – Parc Asterix. Opened in 1989, the park sits about 22 miles north of Paris and features both amusement park rides and historic-themed attractions. Because the comic books deal with an ancient French village fighting off Roman invaders, ancient Rome is represented at Parc Asterix, as is ancient Greece.

What to Do at Parc Asterix 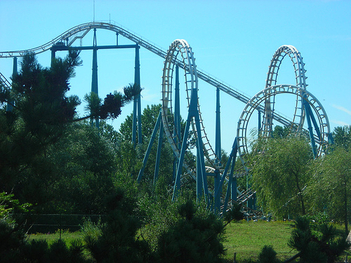 There are five areas at Parc Asterix, each with a separate historic theme – La Gaule, L’Empire Romain, La Grece, Les Vikings, and A travers le Temps. I think most of those titles should need no translation from the French, except perhaps for the first and the last. The first, “La Gaule,” refers to the ancient name for the part of Europe that included France – Gaul. The last, “A travers le Temps,” means “a walk through time.” One of the features of this section is a stylized “street scene” of a Paris from days gone by, complete with shops and restaurants in the fanciful buildings.

Each section of the park has its own attractions and rides, many of which have little or nothing to do with the theme of the section or the Asterix comic books, but all of which are sure to keep kids happy (or bring out the kid in all of us).

Among the attractions at the park you’ll find:

If you’re familiar with the Asterix comics, that will make some of the park more interesting – especially the attractions and shows which feature characters from the series. But even if you don’t know much (if anything) about the comic characters, it’s still a great amusement park for the whole family.

Where to Stay at Parc Asterix 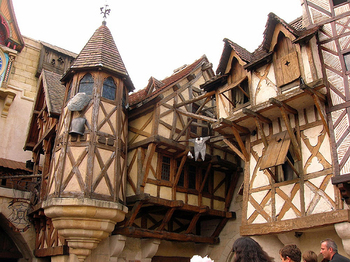 A visit to Parc Asterix can easily be done as a day-trip from Paris, but if you’d like to spend the night you’ll be pleased to know there’s one hotel at the park and several nearby.

>> On the other hand, you can stay in any one of the hotels in Paris and make a visit to the park a day trip.

Getting to Parc Asterix

Like Disneyland Paris, Parc Asterix is easily accessible from Paris, making it a good day-trip option either via train or car.

Driving to Parc Asterix from Paris
From Paris, you’ll want to get on the A1 autoroute in the direction of “Lille.” The park has its own exit off the A1 – helpfully called “Parc Asterix” – between exits 7 and 8 on the motorway. You’ll pay €8 to park your car.

Taking the Shuttle to Parc Asterix from Paris
If you don’t have a car, probably the easiest way to get to and from Parc Asterix from the Paris city center is by the new shuttle bus. The shuttle (which is “navette” in French) ticket and meeting point is in the shopping area underneath the Louvre Pyramid, so it could hardly be more central or easy to find.

Taking the Train to Parc Asterix from Paris
The RER train B3 line runs from central Paris out to Roissy Airport (aka Charles de Gaulle Airport). From there, you’ll need to get the Parc Asterix bus from the airport at terminal A3 to the park. 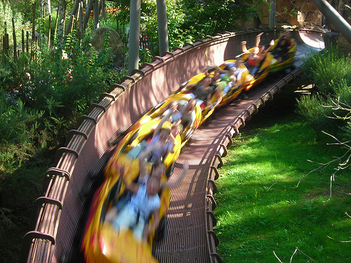 Unlike EuroDisney, Parc Asterix is not open year-round. It is open at more times of the year now than it was when it first opened to the public, but there are still big blocks of time in the winter when it’s closed. You’ll want to consult the park’s calendar page for more information about this year’s schedule (“fermé” means closed, and “ouvert” means open). On the days when the park is open, the hours of operation are 10:00am until 6:00pm.

The Parc Asterix official website is here, but it’s only in French.

In addition to the regular tickets for the park, there are also special passes and packages you can look through to see if any one of them would be a better deal for you (again, you’ll need to learn French first).