Pantheon in Paris: Home to Some of Paris’ Famous Graves 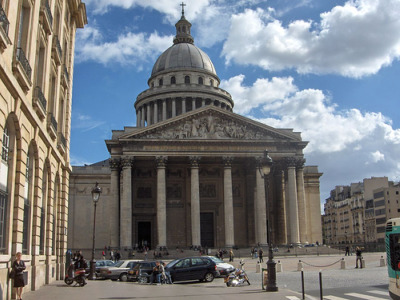 Because the word “pantheon” is simply a Greek word meaning “a temple of all gods,” you’ll find buildings with the name “pantheon” in several different cities around the world. One of the more famous is the Pantheon in Paris – more accurately called the Panthéon in French. Like many of the buildings bearing the name “pantheon,” the Paris Panthéon is famous today for more than its religious history.

The building itself dates from the late 1750s, after King Louis XV ordered a church to Saint Genevieve (Paris’ patron saint) be built. If the facade looks familiar to you, that’s because it was modeled after the Pantheon in Rome, built in the 1st century AD and long admired as an architectural and engineering marvel. The dome is fashioned after St. Paul’s Cathedral in London. Aside from those resemblances, however, the Paris Pantheon is a structure all its own. 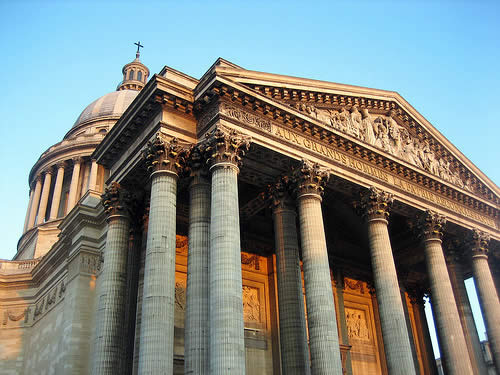 Construction was completed in 1789, just before the French Revolution, so while its original purpose was to be that of a church to Sainte-Genevieve it was almost immediately converted by the Revolutionary government to a mausoleum in which great French men would be buried. Since 1789, the Panthéon in Paris has served as a church at two different points, but they were short-lived and the building reverted to being simply a mausoleum after both of those episodes. 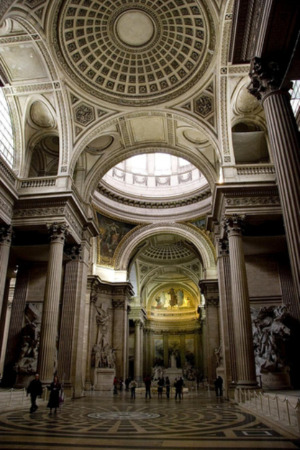 In addition to the cathedral-like interior of the Pantheon, therefore, the top sights include the graves in the church and in its crypt. Among the names interred here are some of the most famous people buried in Paris, including:

Your eyebrow might have been raised when you read earlier that the Pantheon was intended as a mausoleum for “great French men” – and then again when you saw the name of Marie Curie above. Well, until Curie was buried alongside her husband in 1995, the Pantheon’s crypt had been a boys-only club. Which just goes to prove you can continue to break down barriers even after your death. 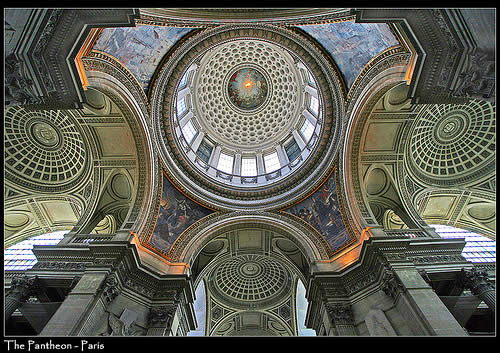 Also buried in the Pantheon in Paris is Jacques-Germain Soufflot – he might not be a household name, but he was the architect who designed the building he’s now buried in. So if you like what you see, be sure to pay your respects at his grave. 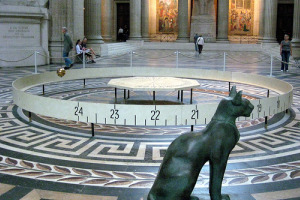 Another point of interest inside the Paris Pantheon is a huge Foucault pendulum which was built in 1851 by the physicist who invented it, Leon Foucault. It was first built inside the Panthéon in order to demonstrate the Earth’s rotation and was later moved to the National Conservatory of Arts & Crafts (a science museum in Paris). The pendulum’s original iron sphere was moved back to the Pantheon in 1946.

If you’re interested in getting a great view of Paris from the Pantheon dome, you’ll need to go up with a guide. The guides are on-site, and it’s free, you’re just not allowed to go up unaccompanied.