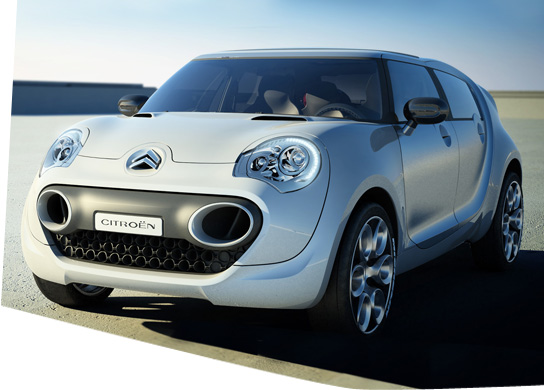 What will be the oddest cars at this October’s Paris Car show? I’m ready to place bets on the QUICCI, Netherland’s contribution in the quest for fun and practical electric cars. 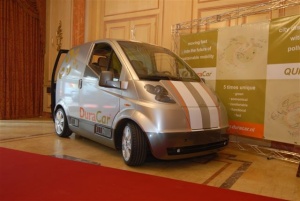 I’m not sure it will outdo, Automobile Magazine’s choices for the two oddest cars of 2006 – the Tang Hua Xiao Ya and the PGO Cevennes -Speedster II. The Chinese-manufactured Tang Hua Xiao Ya received this glowing description from Sam Smith and Erik B. Johnson “it looks like somebody crashed a Richard Scarry-style egg car into the back of a penis.” 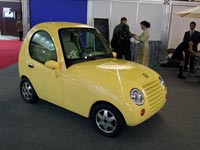 Clearly, this is a hard act to follow, but maybe Citroen can at least get some chuckles with its Cactus Concept Car. Definitely deserves a ‘cute but quirky’ rating. Citroen’s Cactus Concept Car apparently caused a stir at the Frankfurt show (you either love it or hate it!) It’s the new millenium’s answer to the 1970s cult car: the much-loved 2CV. Is this a car you can love? I don’t know.
If the reports are true, it looks like Bollore’s Le Blue Car will also make its star appearance at the 2008 Paris Auto show. However, Le Blue Car is has resurfaced as ‘La Petite Voiture’. If you can believe what you read, ‘La Petite Voiture’ will be manufactured in Italy and distributed in Europe and the US. It would theoretically be available by 2010 with a sticker price hovering around 15,000 Euros – let’s hope the dollar/ euro ratio changes in the right direction between now and 2010 or La Petite Voiture may never see the light of day on the other side of the pond. (We have already heard rumors of the Le Blue Car being available for production by 2009 – so let’s wait and see if this time it’s serious talk).

If any Parislogue readers have any inside scoops about cars we should be searching for this October at the Paris Car Show, share your thoughts! (If your comments are rejected as spam, be sure to e-mail me directly!)

By the way, if you’ve EVER or ALWAYS wanted to be a host or hostess at a car show – you know, wear slinky clothes, show off your beautiful teeth, etc. now’s your chance. I just ran across this advert for hosts/hostesses at the Paris Auto Show. By the way, it helps if you speak fluent English, Mandarin – and probably speaking a little French wouldn’t hurt either.