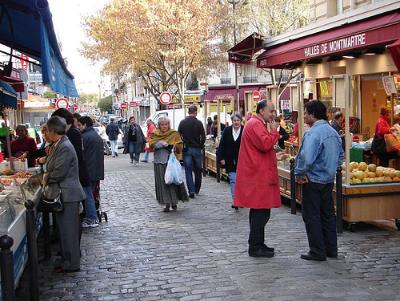 Gone are the days when the off-season in Paris ran from October through April. These days, both of those months formerly known as “shoulder months” are often considered part of the high season – at least by the folks setting the prices on things like hotel rooms and plane tickets (and they’re sometimes the only people who count when you’re planning your vacation). In other words, if you’re hoping to find a bargain on a trip to the City of Lights, you’re going to have to start thinking further into the off-season months than you used to. Which is why it’s a good thing that November in Paris is actually kind of a nice time to see the city.

Okay, it’s not necessarily the month you’d choose to visit Paris if you were looking for the best weather or the month when all the flowers are in bloom. But a trip to Paris in November also shouldn’t be thought of as the booby prize of travel – not by a long shot. For one thing, as the Paris weather turns a bit colder, the tourist masses start returning home. By November, they’ve mostly cleared out of the city – which means you won’t be fighting the crowds anymore. Not only that, prices on everything from airfare to accommodation seem like they’re in free-fall. And Paris is still Paris at this time of year, ready and willing to wrap you in her somewhat chilly (but always beautiful) embrace.

Weather in Paris in November
October is an autumn delight in Paris, and November is often a continuation of that – only with a bit colder temperatures and a bit more rain. The average temperature in November is between 42-50F (5-10C), which means some warm clothing, a coat, and a scarf are definitely worth packing. You’ll want to think about wearing layers in case you get a sunny day, but don’t leave the gloves at home because you’re pretending to be a weather optimist. And as Paris prepares for the winter, the city’s notoriously erratic rain storms get more frequent – so bringing along a small travel-sized umbrella is a good idea as well. Alternately, you can plan to spend each rainy day popping quickly from one cozy cafe to another en route from museum to church to gallery!

Things to Do in November in Paris 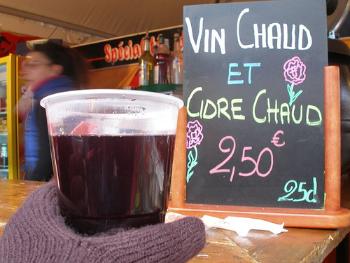 As the mercury drops, it’s only fitting that the drink of choice warms up. November is when you’ll start seeing Vin Chaud on menus throughout Paris (as well as throughout France), and since it translates to “hot wine” you can see why it’s popular at this time of year. It’s a mulled wine that’s served warm, and it’s not only sold in cafes and restaurants but from portable carts all over the city – especially around outdoor markets. It’ll warm you up from the inside out, and keep your hands cozy while you hold the cup, too.

Another warming beverage, though it’s served cold, is Beaujolais Nouveau, which makes its annual appearance in November. This young wine is brought out every November during the Beaujolais Nouveau Festival, and the wine is meant to be consumed before the end of the year. There are festivals all over France, but in Paris you’ll find Beaujolais Nouveau parties in cafes and restaurants as soon as the new wines are released and which last well into the night.

The Festival d’Automne began in 1972 and is still going strong. It’s a great festival of the arts, featuring music, movies, theater performances, ballet, and art exhibits. There are several locations that take part in the festival throughout the city, so check with the official website to find out more about what’s going on where.

Art lovers will want to keep the theme going with the Paris Photo exhibition that takes place in November. This incredible display of photography marks what is now known as Paris Photography Month, and routinely features the work of more than 500 photographers from all over the world. There are usually other photography events in Paris in November, so if this sounds like something you want to do be sure to find out what else is going on when you’re there.

As November draws closer to December, be on the lookout for the city’s holiday finery to be out. From the many lights that adorn the trees along the Champs-Elysees (as well as streets all over Paris) to the window displays in the shops to the start of the fabulous Paris Christmas markets – you can get a jump-start on your holiday celebrations if you time your visit right.

Also keep in mind that there are a couple of public holidays in November in Paris (and the rest of France) which may impact your trip – be sure to check whether the things you want to see are going to be open or closed (or have restricted hours) on November 1 (All Saints Day) and November 11 (Armistice Day).

original photos, from top to bottom, by Julie70 and fotoreise