Photography Shows in Paris in November 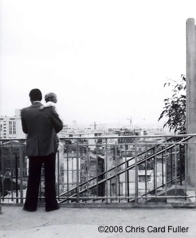 While the wind and rain leaves the streets of Paris glistening, Parisians take advantage of the numerous conventions and trade shows. If you’re a photo buff, two branches of the Paris Expo are devoted to photography during the month of November.

From November 13th to November 16, 2008, over 500 international photographers will be exhibiting their photos, representing 19 countries. Considered to be one of the top photo fairs in the world, this is a great opportunity for collectors as well as the general public to compare how photographers from around the world have recorded their unique view of the world – past and present. Paris Photo will be held at the Carrousel du Louvre branch of ‘Paris Expo’ which can be reached by taking the steps just underneath Napoleon’s Carrousel arch located just in front of the Louvre Museum. 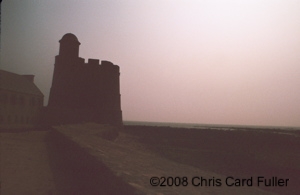 If the show inspires you to pursue your own photography, don’t miss the opportunity to visit yet another event – the Salon du Photo which will be going on almost simultaneously at the Porte de Versailles branch of Paris Expo from Thursday, November 13 to Monday November 17, 2008. This is the chance for hands-on workshops, demonstrations, debates and photo signing sessions.

Paris’s museum dedicated to photography also celebrates November as Photography Month. Located in Paris’, Marais district, you’ll be inspired to put your camera to work after having visited this month’s shows dedicated to European photographers. 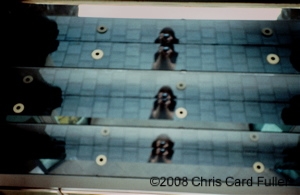 Located in the Montparnasse district, here’s another ‘must’ pilgrimage for serious photographers. During all of November, you’ll be able to catch the Walker Evans /Henri Cartier-Bresson Photographing America show.

While strolling through the Montparnasse district, you may want to visit two streets dedicated to two of photography’s earliest pioneers, Louis Daguere who invented the daguerrotype and Niepce who is thought to have created the first permanent photo.

Rue Daguerre (Metro: Denfert Rochereau or Metro: Gaite) is not only commemorative of one of photography’s pioneers, but it’s also a great place to take photos on market days.