Mysterious Paris: The Woman in the Fifth 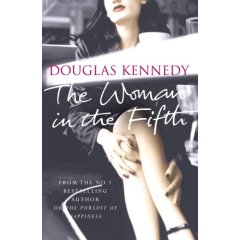 One might argue that the best Paris guidebook is fiction.

I’ve just finished reading Douglas Kennedy’s novel The Woman in the Fifth If there’s anyone left on the planet (aside from me) who hasn’t already read this Paris-based thriller – described by The Times as ‘a thriller for people who don’t like thrillers’, then let me know who you are, so I’ll have the satisfaction of knowing that I’ve passed on the word about an exceptional sort of guidebook to Paris. It basically warns the down-and-out expat – that no matter how bad things were back home – it’s sure to get much worse if you decide to run away to Paris.

First of all, I have to thank Bernard and Marinette, who chided me for NOT having read Douglas Kennedy.
“You know he IS American – you can probably even find his book in English.”
They’ve read all of his books in French.

There’s so much I love about this book – the femme fatale is surprisingly ‘mature’ – Harry Ricks is a film addict. He spends part of his days in Paris seeking all the film revival movie houses in town – when he’s not at the Cinematheque. He explores parts of town that tourists rarely see – and he meets his ‘muse’ or the Woman of the Fifth arrondissement at an ex-pat salon. Kennedy’s Parisian cast of characters unfurl like a Keystone cops’ chase – and they’re all big, blustery bruisers or salacious felines.

All I’ll give away about this plot is this: Harry Ricks is a film studies professor from in a small Ohio town university who’s just lost his job, his wife, and any chance of seeing his kid – because of one stupid thing he did. With nothing left, he’s arrived in Paris to do what lost Americans dream of doing here: write.

So, if you also fit into this category (we are legions), you will want to be sure to read Kennedy’s guidebook to the seedier side of Paris. Here are just some of the handy details that you might glean.
1. Don’t make smart remarks when going through customs.

2. Don’t assume that your hotel room will be available before 3 pm no matter how jet-lagged you may be.

3. Don’t come down with the flu on your first day in town.

5. It’s possible to spend a long time in Paris and never visit the Eiffel Tower.

6. If you love movies, you don’t need any other reason to come to Paris than that.

7. Even if you have come to Paris to write a great novel, tell people anything else but that.

8. When you rent an apartment, don’t expect anything to be included except the four walls. 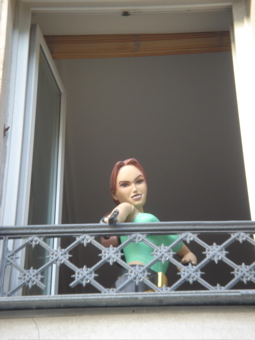 You will find all the movie theaters mentioned in ‘The Woman in the Fifth’ in the weekly copy of Pariscope. Just like Harry, you can look up the movie schedule for the week and take advantage of the scores of movies shown throughout the city ranging from the Rocky Horror Picture Show to film classics.

With such good novels already written about Paris, who needs to write another? I’m perfectly happy to follow in the footsteps of literary characters. They can be your best tour guides.