Musee d’Orsay: From a Train Station to a Fantastic Museum

Paris is a city of museums, and while the Louvre remains perhaps the most famous museum in Paris, I would argue that the Musee d’Orsay can’t be far behind. It’s a must-do for any art lover, and the building housing the masterpieces is almost as much of an attraction itself as the artwork inside.

Located on the left bank of the Seine river, the Musee d’Orsay occupies the former Gare d’Orsay – and if you remember any of your high school French, you’ll know that means it’s a former train station. The Gare d’Orsay was built at the turn of the 20th century and served as the Paris station for trains coming from southern France until 1939. After that, it continued to be used for smaller and more local trains until the station was closed in 1973. In 1977, the French government had the brilliant idea to convert the historic and beautiful building into a museum, and the Musee d’Orsay opened in 1986.

The collection in the Musee d’Orsay is primarily French (which probably shouldn’t surprise anyone), but in addition to the standard paintings and sculpture you’ll also find examples of photography and furniture design. If you’re making a tour of Paris’ primary art museums, you can think of the Musee d’Orsay as the mid-point in a journey from the historic art of the Louvre to the modern art of the Centre Pompidou. The whole museum is definitely worth perusing, but by far the best (and most popular) reason to visit the Musee d’Orsay is the assortment of world famous impressionist and post-impressionist paintings on display. Nowhere else on earth can you take in these incredible works of art by the likes of Degas, Renoir, Cezanne, and the incomparable Monet.

Among the well-known masterpieces you’ll find at the Musee d’Orsay are: 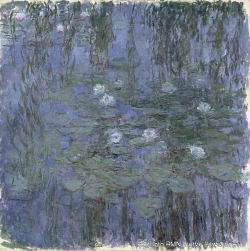 You can find out more about what’s in the Musee d’Orsay collection on the museum’s official website. It’s important to do this before you visit just in case the painting you’re hoping to see is on tour somewhere else – it’s always a pity to find that out after you’ve already bought your entry ticket!

Good to Know: If you’re planning to visit the Musee Rodin as well, you can buy a combination ticket that includes both the Musee Rodin and Musee d’Orsay for €12 instead of the €14 it would cost you otherwise. You’ll just need to visit both museums in the same day – you can’t space out the visits over multiple days.

Did you know you can take photographs inside the Musee d’Orsay? Well, you can.