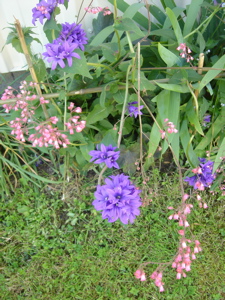 All the songs you’ve heard are about the next month on the calendar, but March in Paris is when this City of Lights starts to shake off her winter coat. Things are beginning to bloom, and everyone wears a bit of a look of relief that the cold months are behind them. So forget the songs – don’t be overly romanticized by April when you can head for Paris one month early and enjoy all the perks of the beginning of Spring. In fact, traveling to France in March is ideal for the budget traveler, as prices are still low for airfares and hotels, but the weather is not longer frigid.

Weather in Paris in March
Okay, so it’s not totally balmy in March in Paris, but if you’ve spent time in the city between December and February it’ll feel like you’ve awakened in the Bahamas all of a sudden. The weather in March can still be a little on the chilly side, especially in early morning or later at night, so while the sun may be shining you’ll probably still want a warmer coat for those romantic evening strolls along the river. The temperature ranges from the low 40sF to the low 50sF on average (that’s roughly 5-11C), and while March isn’t the wettest month in Paris, it’s still not a bad idea to pack a water resistant coat or a small umbrella.

What’s Going On in March in Paris
You might not think of Paris when you think of St. Patrick’s Day, but there is enough of an Irish contingent in the French capital to make it a notable celebration. There are often concerts around the 17th, and there are always bars and pubs where you can sing odes to Ireland well into the night – just ask at your hotel or the local tourist information office to find the ones closest to you. 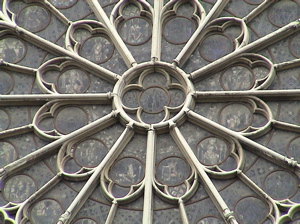 The exact date of Easter in France changes from year to year, and can fall in either March or April. No matter when it occurs, it will either totally foul up your travel plans or be the best thing to happen to your trip, depending on how prepared you are for it. The things to keep in mind are that some sights might be closed for Easter celebrations, and some hotels in Paris may book up sooner than they otherwise would for people coming into town for the holiday. If you’re already going to be in Paris over Easter, by all means make Notre Dame a stop on your itinerary – there are often holiday concerts and services which are wonderful whatever your religion.

For those interested in medieval relics (one of the excuses for those Crusades back in the days of King Louis iX), what is believed to be and original part of the ‘Crown of Thorns’ is brought out for veneration on Good Friday. Originally, Louis IX brought back the relic from the Venetians on one of his return trips from Jerusalem back in the 1200s. It was originally kept in the Sainte Chapelle royal chapel located on Ile de la Cite within walking distance from Notre Dame Cathedral.