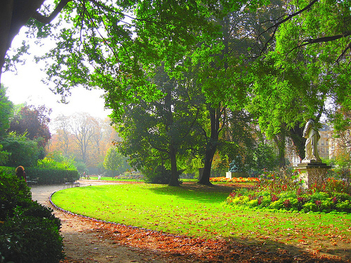 Most great cities have a few green spaces which act as not only the city’s lungs but also serve as fabulous places to relax and revive – for locals and visitors alike. In Paris, there are several such places – but the largest, and one of the most beautiful, is the Luxembourg Garden, or Jardin du Luxembourg.

The Jardin du Luxembourg is the biggest park in Paris, covering a massive 22.5 hectares (which is more than 55.5 acres), but it’s not just a pretty public park. It also happens to be attached to a beautiful 17th-century palace. You’d be forgiven if you wandered through the gardens and, upon seeing the palace, wondered aloud what museum that was. Well, in a place like Paris, where gorgeous palaces seem to be a dime a dozen, the Luxembourg Palace is not a museum at all – it’s actually where the French Senate meets.

The Luxembourg Palace, or Palais du Luxembourg, was built in the early 1600s for Marie de Medicis, King Louis XIII’s mother. Although virtually nothing of the original interior remains intact today, the exterior is largely as it was when it was first built. The palace actually served as the precursor to the Louvre Museum in the mid-18th century before being used for a short time during the French Revolution as a prison. Napoleon later called it home, and it was during this time that the Luxembourg Palace first became the place where the French Senate met.

What to Do at Luxembourg Garden 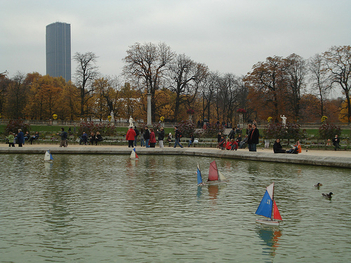 Even more well-known than the Palais du Luxembourg, however, are its adjacent gardens. Designed and built at the same time as the palace, the Luxembourg Gardens feature many attractions other than just green space. There are the requisite flower beds and fountains, and plenty of statues and monuments to look at, but the Jardin du Luxembourg is especially great for traveling families because of the many kid-centric activities available. The kid-friendly attractions include:

Not far from the gazebo there’s a small restaurant with both indoor and outdoor seating, so you can even relax over wine and dinner while you’re listening to the music.

Luxembourg Palace
Open to the public – Monday, Friday, & Saturday (if the Senate is not meeting), or by reservation, between 10:30am-2:30pm
For more information about visiting, email the Senate at c.podloubny@senat.fr 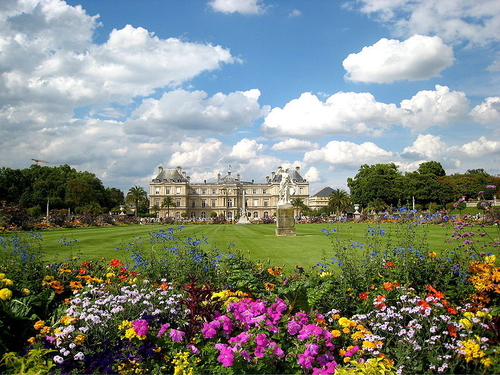 Luxembourg Garden
Open to the public – Typically opens between 7:30am and 8:15am, and can close anywhere from 4:45pm and 9:45pm (depending on the season/month) 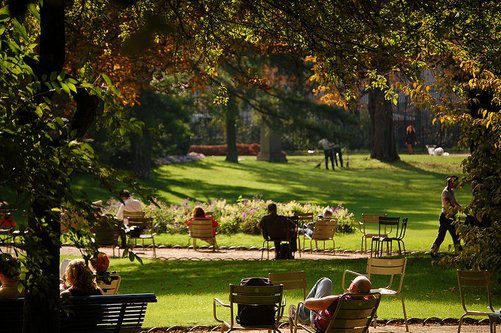 >> Check out these beautiful pictures of Luxembourg Garden in autumn!