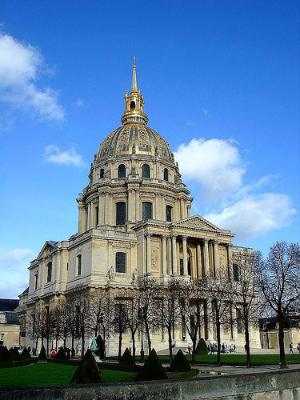 It’s not unheard of when you find an historic building being used for something other than its original purpose. While a building can stand the test of time, its reason for being often changes over the years. Such is the case with Les Invalides in Paris – a series of buildings which once served as a military hospital and which now houses a collection of museums as well as one of the most famous graves in Paris.

In 1670, an order for a new building was given which was to be a combination hospital for soldiers and a sort of retirement home for retired soldiers, which was known as a “hôpital des invalides” (hospital for invalids). Construction was completed in 1676, but perhaps the most recognizable feature of Les Invalides today – the gold-capped dome – was added a few years later as a private royal chapel for King Louis XIV. Its design was meant to mimic the dome of St. Peter’s Basilica in Rome, which was designed by Michelangelo, and it was finished in 1708. 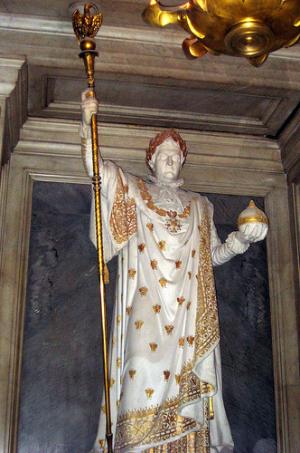 Today, the biggest draw of Les Invalides is what lies under that dome – the tomb of Napoleon. As Napoleon was a military leader, it does make sense that he would have been laid to rest at Les Invalides. But although he died in 1821, it wasn’t until 1840 that his body was moved from the island of Saint Helena to Les Invalides in Paris. Then it wasn’t until 1861 that Napoleon’s remains were moved to their present location under the dome.

In addition to Napoleon’s tomb, the other tombs which are in Les Invalides include Napoleon’s brothers and his son, as well as several people who fought alongside him. But visitors to the room where Napoleon is buried probably won’t notice anything but the gigantic sarcophagus in the center. While Napoleon himself is known for his slight stature, the marble tomb containing his body is nothing short of enormous. Your eyes aren’t deceiving you, however, and history’s account of Napoleon being short isn’t mistaken. The outermost layer of the sarcophagus that you see, made of beautiful red porphyry marble, contains six coffins which get progressively smaller until you get to the remains of the man himself.

As mentioned, many historic buildings outlive their original purpose – and in some ways, Les Invalides has done that. It’s a tourist attraction now for its tombs and for the museums inside; but unlike many historic buildings, part of Les Invalides remains to this day a hospital and retirement home for veterans. Obviously, those parts of the building complex aren’t open to visitors. But in addition to the area containing Napoleon’s tomb, the museums and tourist attractions inside the Les Invalides complex are: 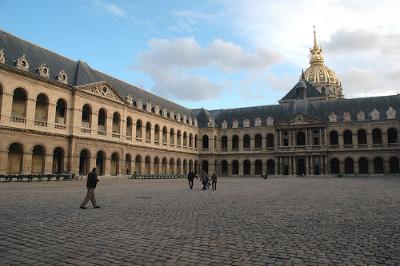 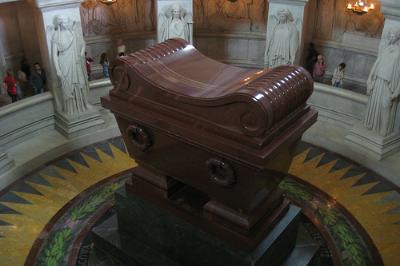 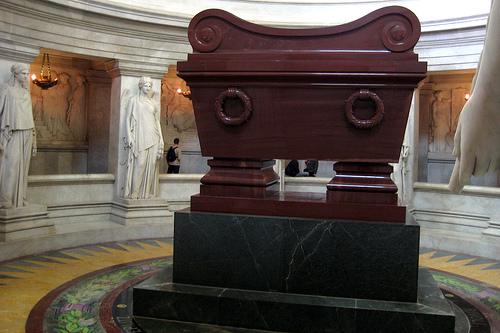 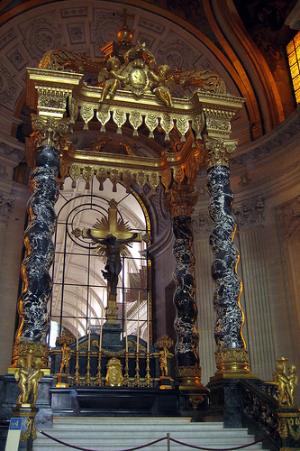 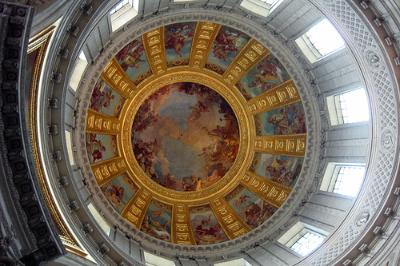 Location: Esplanade des Invalides, 75007 Paris
How to Get There: Paris Metro: Line 8, Latour-Maubourg, Invalides stops; Line 13, Saint-Francois-Xavier, Invalides, Varenne stops
RER train: Line C, Invalides stop
Paris bus lines: 28, 63, 69, 80, 82, 83, 87, 92, 93
Car Parking: Esplanade des Invalides
Open Hours: Open daily except for the first Monday of each Monday, January 1, May 1, November 1, and December 25
From October 1-March 31 – open 10:00am-5:00pm
From April 1-September 30 – open 10:00am-6:00pm
Napoleon’s tomb is open extended hours in July and August, until 6:45pm each day
Admission: €8.50 adults, €6.50 under 26 & war veterans, children under 18 are free (This ticket gets you into the Musée de l’Armée, the Musée des Plans-Reliefs, the Musée de l’Ordre de la Libération, and Napoleon’s tomb.)
Good to Know: Depending on which transport method you take to Les Invalides, you’ll approach the buildings from different directions. No matter where you arrive, however, you’ll be able to find one of the two ticket windows on the North and South sides of the building. The South reception is harder to locate, as it’s behind the dome, but the North reception is very easy to find.
There are guided tours of Les Invalides available for an additional fee.
More Information: Les Invalides official website