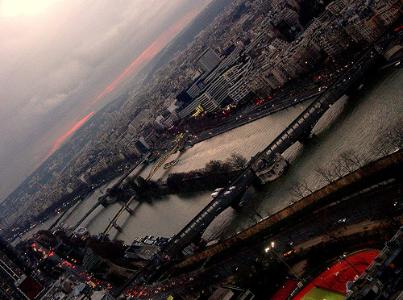 In Paris, you hear talk of the “Left Bank” and “Right Bank” all the time – and you’re probably well aware of what both terms technically refer to. But beyond being one side or the other of the Seine River, what are the connotations of something being on the Left or Right Bank? Are there generalizations that can be made about the neighborhoods that are included in each of those designations? Is one “bank” better for accommodation options, or restaurant choices, or night clubs, or sight-seeing?

The short answer is that there are definitely distinctions which can be made about the two sides of the Seine, and reasons why many long-time travelers to Paris prefer one over the other. Residents have their reasons for choosing to live on one “bank,” too, but those reasons may not be as relevant to a tourist in Paris. So in this article I’m going to focus on the things about the Left Bank vs. the Right Bank which are of interest to people visiting Paris. 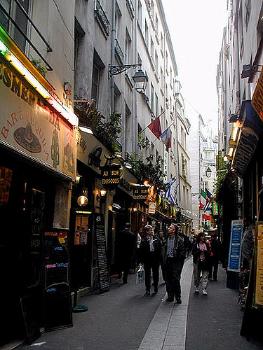 The Left Bank, called “La Rive Gauche” in French, is on the southern side of the Seine and encompasses six arrondissements. It is by far the smaller section of Paris, and historically known as the artistic part of the city. This is where many of the famous writers and artists who once called Paris home – including Picasso, Matisse, and Hemingway – once lived, because it used to be that this was the part of the city that was much cheaper (always a plus for starving artists!). Those days are mostly gone, however, as the Left Bank boasts as many high-end apartments, restaurants, and bars as the Right Bank.

Today, while the modern Left Bank isn’t the only place you’ll find art in Paris, it is where you’ll find both the popular Montparnasse (in the 14th arrondissement) and Latin Quarter (in the 5th and 6th arrondissements) neighborhoods. Montparnasse remains something of a haven for artists, and is full of great cafes and bars. The Latin Quarter has long been associated with student life in Paris as the location of the Sorbonne University and other educational institutions, and because of this traditionally high level of student activity the area has also maintained its reputation for good inexpensive eateries and night clubs. It’s partly because of these kinds of neighborhoods that the Left Bank, regardless of how high the rent might be, is still considered the more artsy and budget-friendly side of the river.

You may also be familiar with the use of the French word “gauche” to describe someone or something who is awkward, crude, or unsophisticated – but the word itself literally just means “left,” so don’t worry about being thought of as socially odd if you prefer the Left Bank!

Attractions on the Left Bank

Arrondissements on the Left Bank 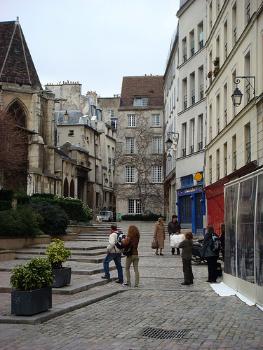 Paris’ Right Bank, to the north of the river, is the larger “bank” and also the more traditionally upper crust. Back when the Left Bank was where struggling creative souls could find kinship (not to mention cheap rent), the Right Bank was where the city’s wealthy residents lived and played. Although this distinction is less applicable today now that rents on the Left Bank have skyrocketed, the Right Bank is still where you’re going to find the majority of Paris’ big businesses and banks – as well as most of the big tourist attractions.

The layout of the Right Bank (called “La Rive Droite” in French) is sometimes characterized as orderly whereas the Left Bank is more chaotic. But the Right Bank is also far more tightly packed in terms of both buildings and people. There are 14 arrondissements on the Right Bank, some of which are no longer considered affluent, but for the most part the old connotations of what it means to live on the Right Bank remain.

While you may note that most of the famous attractions in Paris are on the Right Bank, don’t feel like you’ve got to find a hotel on the Right Bank in order to have easy access to all of them. Thankfully, almost no matter where you stay in Paris, you can get almost anywhere else quickly and easily with the Paris Metro (provided your hotel or hostel has a Metro station nearby, that is!).

Attractions on the Right Bank

Arrondissements on the Right Bank

So, Left Bank or Right Bank?

The truth is that for most tourists in Paris, choosing whether to stay on the Right or Left Bank isn’t going to change your life. You’ll pick your hotel or hostel based on price and what’s close by, and you’ll rely on the Metro to get you everywhere else. Unless you’re buying an apartment in Paris, the chances of your decision to stay on the Left or Right Bank coming back to haunt you are pretty slim.

Some people feel that the Left Bank is preferred by young and single travelers who are looking for social interaction with other young and single travelers, while the Right Bank is preferred by older or married travelers who are looking for something a bit more romantic and reliably peaceful. Other people think that both social interaction and romantic corners can be found on either side of the Seine. It makes sense to read about neighborhoods on both sides of the river to see which one might appeal to you most, but then I think your best bet is to explore areas all over the city and decide which “bank” you prefer.

>> Be sure to check out our guide to Paris neighborhoods, including more information about certain arrondissements you may want to spend more time in. Parisgirl also wrote about choosing a hotel in Paris, which may help you decide where you want to stay. 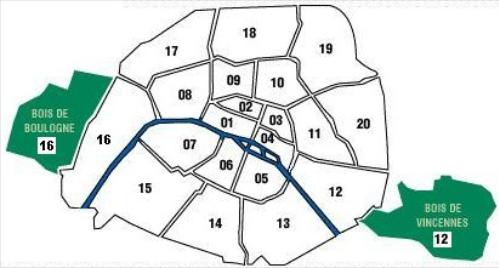