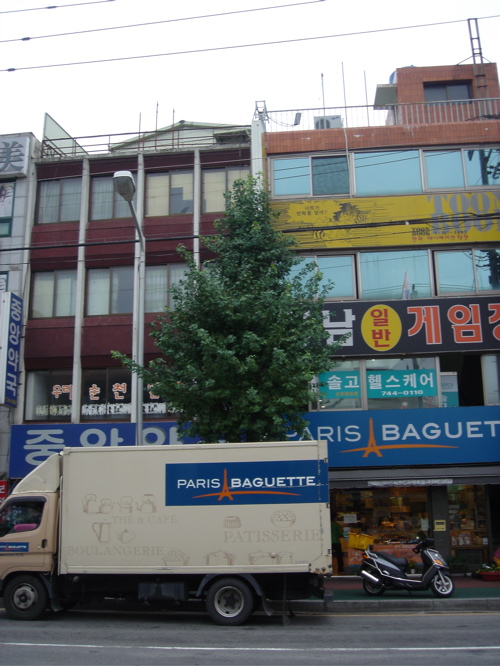 Photo by Chris Card Fuller ©2007
Parisian bakeries in Seoul, South Korea and royal Korean cuisine in Paris. It sounds like a good exchange. A few months ago I mentioned to you that if you’re longing for the flavors of Seoul, you can head for the Korean Barbecue on Rue Delambre (Metro: Vavin or Edgar Quinet), but if you happen to be in Paris between now and November 16th (2007) you’re in luck! 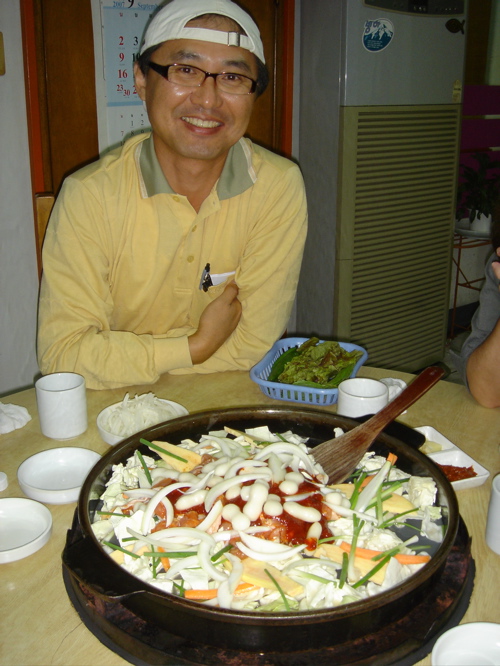 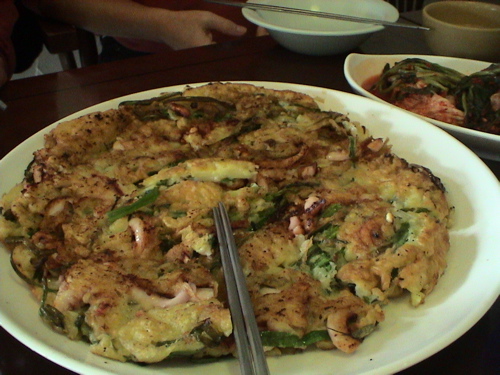 Unesco, 7, Place de Fontenoy (7eme) is featuring a Korean menu which will include dishes prepared in the past only for royalty! One of the seven chefs, coming directly from Seoul, is Chef Lee Jae-ok who is considered a specialist of royal cuisine in Korea.

The UNESCO menus (35 Euros per person) are part of a Korean Festival.
Lunch is served daily except Saturdays and Sundays. For reservations, call
01 45 68 16 00.

If you miss the UNESCO royal menus, two other Korean restaurants worth checking out would be L’Arbre de Sel, 135 Rue de Vaugirard and Soura 7, Rue Ernest Cresson.

A word about Korean traditional wine.
Korean rice wine doesn’t look like wine – as you may know it. If you are expecting a glass of red wine, be prepared for a surprise. It actually looks more like milk.

After my first glass of Korean wine (pronounced Moccoli, like broccoli with an ‘M’), 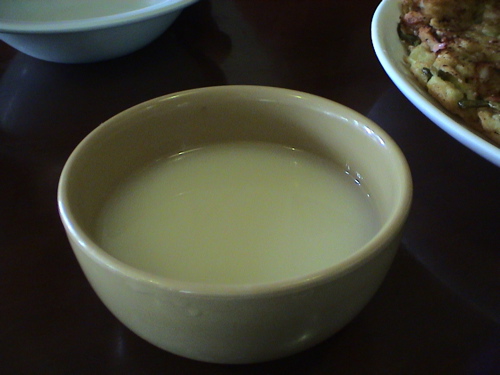 I am totally converted. It goes really well with kimchi (fermented cabbage). You may not agree, but then again, after a second or third cup (if you get that far), you may change your mind!!

There are over 160 varieties of kimchi, the fermented cabbage which is a staple of most Korean dishes. In addition, you can try some of the traditional hot sauces, and various sorts of pickled vegetables.

If you are wondering why I’m emphasizing Korea in Paris, it’s because Korea and France have some common ground. Nowhere have I found two countries that really are appreciate a good meal with gusto.