How to Make a Phone Call in Paris 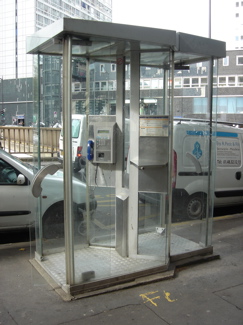 How to make a local phone call in Paris:

You must dial: 01 for all local landline phones in Paris
If you’re calling a friend on his/her mobile phone, you must dial: 06
Paris phone numbers have ten digits including the 01.

If you want to call from Paris to another region of France, you still will dial ‘0’ plus the region’s code number – such as ‘2’ for Normandy, so it would be 02 plus the rest of the 10 digit phone number.

How to Use a Public Phone Booth

There may be nothing more frustrating than seeing every person who passes you has a cell phone – when you’ve just arrived in Paris – and need to make a call. Public pay phones still exist on most major Paris streets, but they are no longer coin friendly. Paris phone booths don’t accept coins of any sort, only telecartes or credit cards. If you have a credit card which allows you to key in a four-digit pin number such as Visa or Mastercard, this may be the easiest way to use the phone booth. Otherwise, you need to purchase a ‘telecarte’ from either a newsstand/kiosque, the post office, a cafe/tabac, or a France Telecom office.

The problem is, on a Monday night in Paris, most of these places are closed. As a test case, I tried to find a place to buy a phone card in my Montparnasse neighborhood and discovered that the number of ‘cafe-tabacs’ open on a Monday are few and far between. Not to be confused with a ‘brasserie’ or a ‘bar’, the cafe-tabac sells cigarettes and even postage stamps at the cashier’s desk. Due to the new ban on smoking in public places, some cafe-tabacs are getting out of the business altogether – which means – if you want to buy a phone card, you’ll need to try the other locales such as newsstands and the post office.

Gone also are the days of getting a ‘jeton’ from the bartender to use the cafe-bar’s house phone. Of course all this has become pretty much part of Parisian folklore. There are very few residents left without their mobile phone in hand, yet, for the visitor who’s mobile lacks compatibility with France’s GMS system – a public phone could come in handy.

So, purchase your phone card early in the day before you get caught late at night when there’s no longer a chance of finding a cafe/tabac or a newsstand thats still open.

There are several types of phone cards (telecartes)– some like the Mobicarte have a scratch off code and others have a ‘puce’ electronic chip. In the case of the electronic card, you can introduce the card directly into the phone’s card slot (like you would for your credit card). If you’re using a Mobicarte, with the scratch-off code, then enter the code numbers manually.

For those who may lament the demise of the coin-operated phone booths, to be honest, that concept never really worked well in Paris. Invariably the coin-operated phones were vandalized, and more often than not the public phone booths were out of order. Maybe the mayor of Paris will consider making public phone booths available for FREE phone calls that last not longer than 3 minutes. That’s long enough to share important information and would be a great convenience for visitors as well as people who may not have the means to own a mobile phone. Free public phones would be a noble gesture.