How to Find the Best Crepes in Paris 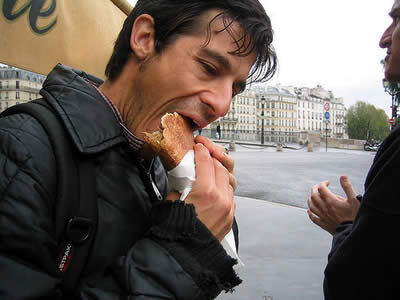 Ask any student or budget traveler the best tips for eating cheap in Paris and I can almost guarantee one of them will be simply to eat lots of crepes. (I know it’s what I did when I visited Paris as a student!) And while crepes don’t originally hail from Paris (they come from Brittany), you’ll find the City of Lights positively littered with crêperies – whether they’re sit-down restaurants or take-away windows. Perhaps the most important thing is that, although crêpes make a great budget meal, they’re delicious no matter how much money you’ve got to spend on your vacation.

Perhaps the best thing about crepes, aside from their overall low cost, is that they’re so malleable. Just by changing what you put inside the crepe, you can make a meal entirely of crepes – vegetables, cheeses, and meats for dinner followed by fruits, chocolate, and jam for dessert. And what’s more, their roll-up portability makes them the perfect French fast food. I remember many an afternoon spent wandering Montmartre with my lunch crêpe, then returning to the same creperie for a dessert crêpe. Thankfully, climbing all those Montmartre stairs helped me work off all the crepes I was consuming. 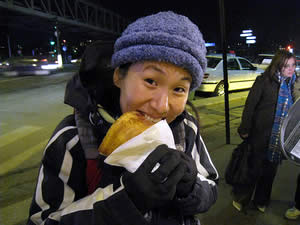 Luckily, most of the crepe stands in Paris are open late enough that you can either grab a snack before heading back to your hotel (before midnight), or chow down on a crepe to help you keep up your energy for going clubbing in Paris.

How to Find the Best Crepes in Paris 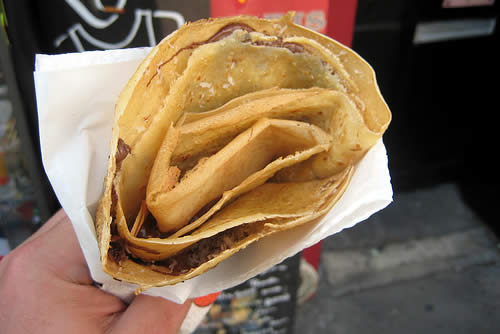 Here’s a fun short video of a professional crepe maker in Paris:

Some of the Best Creperies in Paris

Crêperie de Josselin – Many people count this authentic Breton eatery as having the best crepes in Paris. You can also get galettes here (which are crepes made with buckwheat flour).
67 rue du Montparnasse, 14th arrondissement, open 12n-11:30pm

Chez Nicos – This place on Rue Mouffetard is noted by several people as one of the best creperies in Paris. There are a few tables where you can sit down and enjoy your meal, but it’s mainly take-away.
44 rue Mouffetard, 5th arrondissement, open 11am-1am

Point Chaud Express – The friendly owner of this creperie helps make it popular, but the fact that they serve fantastic crepes doesn’t hurt, either.
49 boulevard St-Germain, 5th arrondissement

Ti Jos – Any creperie that’s been in business since 1937 like this one has deserves a mention. And if you want to come by in the evenings, Ti Jos also has happy hour in its pub.
30 rue Delambre, 14th arrondissement, open daily except Tues evening and Sunday afternoon

Here’s a video of the crepe-making at Chez Nicos on Rue Mouffetard, featuring possibly the biggest crêpe I’ve ever seen.

>> For another by-no-means-complete list of some of the other creperies in Paris, check out this website with the incredibly appropriate name “Paris Crepes.”