How Green is Paris? 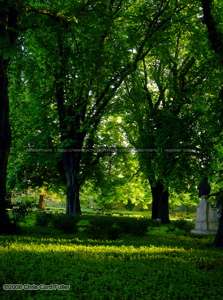 Paris may count 500,000 trees in its parks, gardens, and along its avenues, but the city still has a ways to go before becoming an ecologically correct city. It’s only been within the past five years that recycling bins have appeared in apartment complexes.
Junk mail piles up in letter boxes unless you mail a formal letter requesting that flyers are no longer dropped in your letter box.
In spite of the city’s short term bicycle rental service, Velib, years of exhaust from diesel trucks and incineration practices still leave many apartments with a fine powder of grit. I notice this every time we return from Normandy, open up the shutters and my hands are covered with grime. Even with double glazed hermetically sealed windows, the dirt finds its way into the apartment.
Although it’s rare to find coal-burning furnaces, some still exist.
When it comes to being green, this is one case where Paris tends to be dragging its feet compared to the ‘provinces’. For example, I noticed that the village where we visit in Normandy had recycling bins installed long before our Paris apartment building. In some cases supermarkets (such as Champion and LeClerc in Normandy) simply don’t hand out plastic bags.
Meanwhile, the Monoprix in our Montparnasse neighborhood has one check out lane for people who don’t want free plastic bags. I’ve noticed that the majority of people don’t bother using the ‘plastic bag’ free line. All supermarkets I’ve visited allow customers to bring in their own shopping ‘caddies’. This is a good way to avoid using plastic.
On some issues such as water and energy, Parisians are particularly careful when they have to pay. In our building, the water is paid as part of the monthly maintenance fees.
Although most people here try to eat as healthy as possible, I don’t think the awareness on environmental issues has been very evident in everyday life. The recent ban on smoking cigarettes is one step in the right direction. It shows that people are becoming much more aware of how their actions can have an unhealthy impact on their neighbors.
Paris is headed on the right path this June when Paris will get a little more green. The City of Paris is adding a biodiversity garden for the summer months right on the city hall square. It’s intended to link up to Paris Plage. The Hotel de Ville ‘jardin ephemere’ opens June 14th (2008) and will remain open through August.

Meanwhile, Festival Mondial de la Terre (Earth Day) begins on June 13th through June 15th at Bercy Park in the 12th arrondissement. This three-day free event (daily from 10 am to 8 pm) will have 50 participating stands, a number of free concerts, and a free map to those willing to make a pledge to become a defender of the environment.
Festival de la Terre
June 13-June 15
Palais Omnisports Bercy
Metro: Bercy
75012