You may consider yourself unlucky to be in Paris during a strike, but even in exasperating circumstances, there are some benefits. As I mentioned in a previous post, this is a good time to take a look at your surroundings – particularly the Metro which happens to be FREE – even if not all the trains are running on schedule. You can check out the RATP for up to date info, but I found that the #13 line was running much more often than they have posted at 45 minutes per tram. However, there was an announcement that after 7 pm tonight (Friday), service may be cancelled (if I understood the announcement correctly – that is particularly in regards to trains going to St. Denis).

Contrary to some of the photos you’re likely to see in most newspapers, some of the Metro lines have not been at all crowded. As the newspaper Le Parisien noted yesterday, it’s either ‘hell’ or ‘paradise’ depending on which Metro line you normally use.

For the past two days the #13 line has been find both times we took it in off hours. Tonight, it’s expected that the Metro lines may stop running altogether after 7 pm.

For once I was able to take a look at the Metro ‘ART at the Champs Elysees exit. Here are some examples. 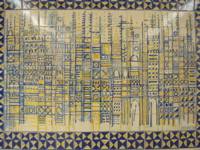 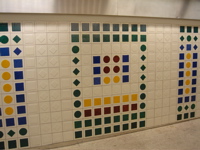 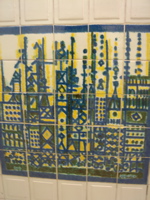 Likewise, on Day 1 of the Strike, the Montparnasse train station was all but abandoned. Eerie. 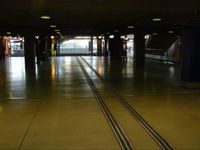 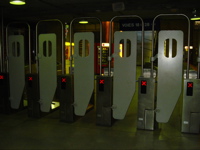