Good Reasons to Pop on Over to Paris

As if you’d need a reason! However, if you felt you were struggling or at least had to justify a trip over to this most amazing of cities either to yourself or another, then below are a selection of good reasons to go: 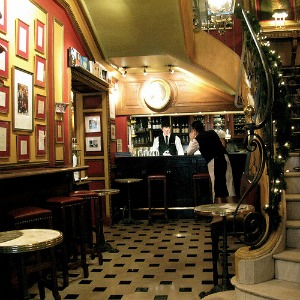 Where else but in Paris can you find outstanding gourmet street food? It’s also the city of world-class restaurants, bistros and pavement cafes (both Montparnasse and Montmartre are particularly well-known for their café life and artistic bent) of course – all of which regard food’s presentation as important as its taste. You can choose from around 9000 eateries, quite a number of which are Michelin-starred.
Top billing is enjoyed by such ‘institutions’ as the Restaurant du Palais-Royal, opposite the Louvre, with its splendid summer terrace and squid-ink risotto.
Cheq Dumonet, meanwhile, is the classic Parisian bistro with its starchy white linen tablecloths and art deco light fittings. Its Grand Marnier soufflé is renowned throughout the city.
Those who fancy eating at home can purchase the most mouth-watering edibles from gourmet stores spread right across the capital, such as Ganachaud’s for bread, and snails from Maison de L’Escargot.
And of course the city is famous for its chocolatiers, pastries and coffee.

Paris boasts more than 1000 hotels, B&Bs and apartments.
You could live like a Parisian dandy at the small and informal Windsor Home in the 16th arrondissement near the Eiffel Tower, or enjoy the delights of a boutique hotel like Hotel Daniel just off the Champs-Elysees.
For the traveller on business looking for a meeting room in a Paris hotel or for those who like all mod cons, a budget hotel such the Holiday Inn is a good bet.
Cheaper pension-type hotels are in abundance. Most are good quality and the two-star rated abodes are equivalent to the UK’s three star rating at least. 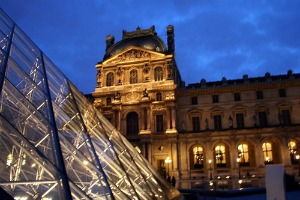 For a long time now Paris has often been grandly described as ‘the art capital of the world.’ Whether it’s been surpassed or not, this city certainly has plenty to boast about. The Musee du Louvre, Musee d’Orsay, the sculpture-filled Rodin Museum and the modern art lover’s Centre Pompidou are all highly-regarded throughout Europe and between them house creations by Picasso, Monet and Van Gogh amongst others.
Spend time in the bistros around the Sorbonne on the 5th and 6th arrondissements or at Montmartre on the 18th arrondissement where many an artist, writer and philosopher wiled away the hours over an espresso and pastiche. Today numerous artist studios can be found on the Montparnasse (14th arrondissement) on the city’s famous Left Bank.

Photographer Robert Doisneau was more aware than most of the potential for romance that Paris held when he took his iconic photograph of a couple kissing outside the Hotel de Veille Café on Rue de Rivoli. The image (published in Life magazine in 1950), more than any other, guaranteed Paris’ distinction as the City of Love.
The city’s Pont-Marie is known locally as the ‘bridge of lovers.’ Romantic couples believe a wish under this bridge for eternal happiness will bring them just that. It keeps the riverboats in business anyhow.
Another bridge in the city – the Pont des Arts – is believed to have one of the most incredible and romantic views in the world where it’s possible to sit and hold hands with your other half while gazing at such wonderous sights as Notre Dame and the Louvre – all to the backdrop of the River Seine.
There’s many a romantic hotel in Paris but one of our favourites is the Hotel Bourg Tibourg. Decked out in sumptuous baroque furnishings it’s not far from the historic City Hall and all rooms are small but perfectly formed. 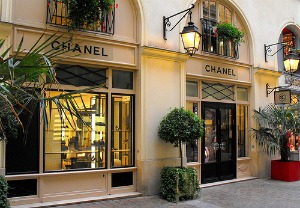 One of the world’s cities of couture, fashion is huge in Paris. Its women have a reputation for being chic and classy. But then they’re not exactly short of designer stores. Fashion luminaries such as Chanel, Louis Vuitton, Dior and Givenchy can all be found on the 8th arrondissement at Avenue Montaigne while Hermes and Christian Lacroix sit on the Faubourg Saint-Honore.

When it comes to hosting a conference, Paris is the world’s number one destination. It’s also the city where wining and dining is all part of business transactions and socialising will be part of the event. As a matter of etiquette the person who booked the restaurant will expect to pay the bill so don’t offer.
Always address the hosts formally, especially if you’ve never met them before, with Monsieur or Madam and their surname. Only use the more informal ‘tu’ if they have.
Expect business decisions to be made by the management of the organisation as business hierarchy is strong is Paris.
photos by __o__, fakelvis, Spixey