Getting from the Paris Airports into Paris (and vice versa) 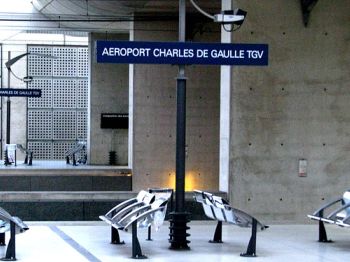 Paris is a big city, and it’s one of those destinations that is blessed with more than one airport. Certainly, there’s a dominant airport in Paris, but there are two others that may be your entry point to the country. And no matter which Paris airport greets you upon arrival, you’ll need to know how to get from there into the city itself – because none of the airports in Paris are terribly close to the city center.
There are three articles linked below – one for each of the major airports in and around Paris – and each article has detailed information about how to get from that airport into the city center, or from the city center to that airport. There are several transportation methods for each one, and which one is best depends a little bit on your particular travel plans. Generally speaking, however, if you can avoid driving into the center of Paris you’ll be doing yourself (and your nerves) a favor.
>> And here are some tips for finding cheap airfare to Paris, too.

>> Need a place to stay in Paris? Search for and book hotels in Paris as well as Paris hostels.
photo by .v1ctor.