Getting from Paris to Rome (and Vice Versa) 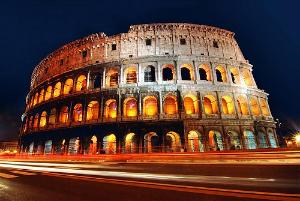 Plenty of people who are planning their first trips to Europe can’t fathom the idea of skipping any of the great European capitals. Because really, if you can find cheap tickets to Europe, why wouldn’t you hit as many spots as possible? So nevermind that getting from Paris to Rome isn’t as easy as making the trip from Paris to Amsterdam or Paris to London – if you’ve got your heart set on seeing both Paris and Rome in one vacation, then these are your options for getting from the French capital to the Italian capital.

Flying from Paris to Rome 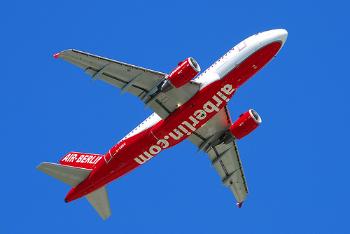 You might think that flying between Paris and Rome might be cost-prohibitive, but the truth is that with the advent of all the low-cost airlines that now serve Europe, getting a cheap plane ticket from Paris to Rome is actually quite easy. In fact, getting a flight from Paris to Rome can even be your cheapest transportation option.

During the low season, you can expect a round-trip ticket from Paris to Rome to cost anywhere from $165-240 and up – and if you’re not planning on coming back to Paris, then one-way fares start at around $120. In the peak summer season, however, the prices aren’t that different, as long as you’re booking them well enough in advance. Round-trip tickets in the high season are around $165-240 and up as well, and one-way tickets start at around $125.

Some of the budget airlines which make the Paris-Rome trip nonstop include Air Berlin, Vueling Airlines, and bmibaby – and you’ll definitely want to focus your airfare search on the low-cost airlines, because you can easily pay more than $800 for a round-trip ticket between these two cities even in the off-season on some of the bigger carriers.

Taking the Train from Paris to Rome 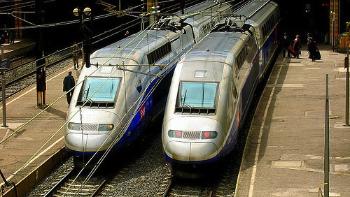 One of the perks for many people of a trip to Europe is an opportunity to experience what could be described as a bygone era – the romantic days of train travel. A train trip from Paris to Rome isn’t a short trip, but it’s definitely going to give you more of an opportunity to check out the countryside than a plane trip would. So, if you’ve got the time, it can really add to your European adventure.

Depending on the type of train you choose to take, your journey could be anywhere from 11.75 hours and 14.75 hours. Needless to say, France’s famous TGV is your fastest option (when it reaches Italy it becomes the Italian EuroStar). You’re going to need to change trains, often in Milan but sometimes also in Lausanne, so keep that in mind when you’re planning the trip.

Obviously, a 1st class ticket will cost you more than a 2nd class ticket, and for the most part, the differences between 1st and 2nd class on French trains isn’t enough for most people to make the price jump worth it. But when you’re talking about such a long journey (and especially if you’re taking the night train and actually planning to get some sleep), you might find the additional space available in 1st class are worth it.

Another thing to think about is whether you’ll be taking enough other train journeys in Europe to warrant the purchase of a Eurail Pass – chances are good you’ll still need to buy reservations for some of the longer trips on your itinerary, but the Railpass acts as your ticket and can be a really good deal over buying point-to-point tickets as you go. You can find out whether a Eurail Pass or a point to point ticket is right for your trip by contacting our Eurail expert.

>> You can also get more information about decoding the SNCF website, which is the website of the French train system.

Taking the Bus from Paris to Rome 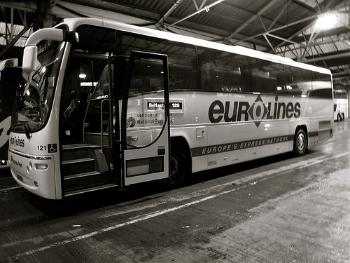 If you’re really on a budget, then traveling by bus from Paris to Rome is really your best option. It’s definitely not a short journey, so this is best-suited to people who have more time than money to play with. But unlike some other countries, bus travel in France isn’t a particularly good way to get around – there are some regional bus companies, but really the only choice for getting all the way from Paris to Rome with one company is the European company Eurolines.

A regular one-way bus ticket on Eurolines from Paris to Rome only costs between €39-110 – the price difference depends on your age (under 26 and over 60 get discounts, and kids under 12 are even cheaper) and whether you’ve been able to purchase a special discount fare. You can find those special bus ticket deals on Eurolines, even last minute, so keep checking back at the company’s website. You’ll be able to see whether prices seem to be going up or down, and you’ll also notice the special discounts as soon as they’re posted.

Unfortunately, the Eurolines website – although it has an English version – doesn’t extend the language change to its ticket search function. So you’ll need to choose “Aller simple” if you’re going one-way, and “Aller/Retour” if you’re looking for a round-trip ticket. Then you’ll pick “Italie” as the country you’re going to under “Pays d’arrivee,” then “Rome” under “Ville d’arrivee,” and finally “Paris” under “Ville de depart.”

Eurolines buses from Paris-Rome don’t run everyday – there are departures at 3:30pm and 6:30pm on Mondays, Wednesdays and Fridays, and with an additional departure at 1:30pm on Wednesdays and Fridays. These buses arrive in Rome the following day around 4:45pm, and there’s a bus change in Milan. Also note that if you’re traveling during the high season, you may also need to pay a supplemental fee of up to €10.

Find out more about your Eurolines bus options on the official Eurolines website.

>> Once you’re in Rome, find out all you need to know to have a good time in the Italian capital and beyond from the Italy Travel Guide