Getting from Paris to Munich (and return) 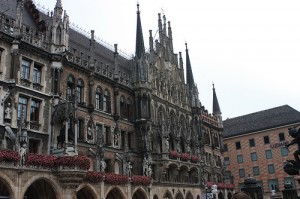 Munich is the capital of Bavaria, well known for the annual Oktoberfest beer celebration. It also has a very important culture scene and excellent museums.
Regardless of the reasons you want to travel from Paris to Munich, you should be informed about the prices and travel times depending on which means of transport you choose.
Quick summary
Choosing the right means of transport between Paris and Munich depends both on your available time and budget. Fast trains take little over 6 hours but cost just as much (€89*) and take just as long as you would choose a connecting flight between the two cities. But if you factor the distance between the airport and the city center, the train is the cheaper option.
Slow trains are cheaper than buses but take just as long as the buses.

Trains from Paris to Munich

Buses from Paris to Munich

Munich is also connected to the rest of Europe via international buses.
One of the companies offering such services is Eurolines . Buses depart Paris Gallieni Porte Bagnolet every day except on Thursday, at 10 p.m. The travel time is 12 h 45 min and the single fare starts at €54.

Driving from Paris to Munich

If you don’t mind driving about 850 km then consider renting a car to get from Paris to Munich. You should be able to get between the two cities in about 8 h 30 min but make sure to plan some stops along the way. Please note that all routes include toll roads.