Getting from Paris to Geneva (and return) 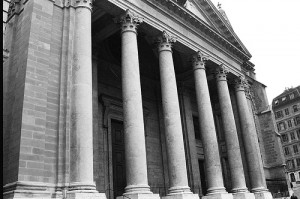 Geneva is Switzerland’s second-most populous city and is one of world’s major centers of diplomacy. But Geneva also offers a lot of things to see: Jet d’Eau (a fountain water, which is a landmark of the city), Cathédrale St-Pierre, Palais des Nations or the Monument Brunswick.
If you have added Geneva to your travel list and need to get from Paris to Geneva, then you should be informed about the ways to get there and how much it would cost.
Quick summary
If you choose the cheapest way to travel between Paris and Geneva, then you need to take into account the time spent traveling. Why? Because the plane ticket is cheaper than both bus and train ticket; However, you need to consider that although the flight takes an hour , you’ll need to travel to/from the airport (and also pay money for those tickets). Trains take 3h 25 min and seem to be the cheapest and most comfortable way to travel between the two cities.

Geneva International Airport (GVA) , commonly known as Cointrin Airport , is located 4 km fro the city center. The airport is hub for Darwin Airline, EasyJet Switzerland and Swiss International Air Lines.
Direct flights from Paris are run by: Air France (CDG) and easyJet Switzerland (Orly).
During the shoulder season (November 2011) expect to pay from €33 per person, one way on easyJet if you fly from Paris Orly. The flight time is 1h 5 min. During spring (March 2012), single fare starts at €39, also on easyJet.
>>read more about Paris Airfare

Trains from Paris to Geneva

Buses from Paris to Geneva

Geneva is served by a number of international bus routes.
Eurolines offer direct buses between Paris and Geneva, which depart Paris Gallieni Porte Bagnolet on Sun, Tue, Thu, Sat and Sun at 10:45 p.m. The travel time is 8h 15 min. Tickets start at €47 per person, one way.

Driving from Paris to Geneva

Another option is to rent a car and drive the 514 km between Paris and Geneva. You should be able to cover the distance in about 6 hours. Consider making some stops along the way. Please note that you’ll be driving on toll roads.