Getting from Paris to Brussels (and vice versa) 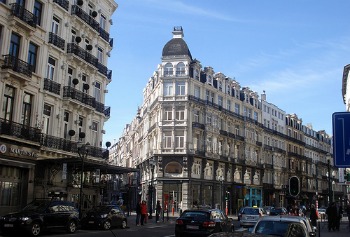 Although there’s plenty to do in see in Paris alone, and a lifetime’s worth of things to explore even if you stay within France, most travelers like ticking off lots of destination boxes in one trip. It’s helpful, then, that the Belgian capital of Brussels is so close to Paris. It may not be as famous a tourist destination as other European capitals, but Brussels is a great city to visit – and a jumping-off point for other lovely spots like Bruges and Ghent.
Here are your options for getting from Paris to Brussels. You can use this information to figure out how to get from Brussels to Paris, too – the distances and ticket costs will be the same, it’s just things like departure times that you’ll need to look up for Brussels as opposed to Paris.

Taking the Train from Paris to Brussels 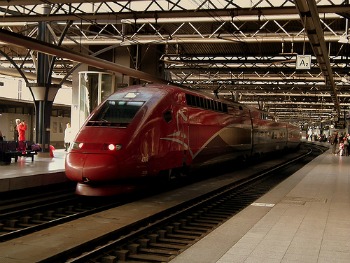 The train is usually going to be the best option, since the cities are less than 190 miles apart. There are two train options, however, so it’s important to figure out which of those works best for you.
Thalys
Thalys trains operate direct routes between Paris and Brussels, making them the most convenient train option. The journey is roughly one hour and 20 minutes, and these trains run regularly throughout the day – usually twice per hour. The ticket prices vary depending on the time of day, and there are periodic discounts on certain tickets that can make them great bargains. A regular 2nd class adult ticket can range from €45 one-way to over €65, and a 1st class ticket can range from €55 one-way to more than €105 one-way. Additionally, if you book far enough in advance, you can even get Thalys fares as low as €25-30 one-way in 2nd class.
TGV
France’s famous TGV trains will get you from Paris to Brussels, but only with indirect routes. The journey takes roughly one hour and 45 minutes, and requires a train change at Lille. These trains are more infrequent than the direct Thalys trains, with only a few departures per day. Regular 2nd class adult tickets are under €60 one-way and 1st class tickets are just under €100 one-way.
>> Buy Europe train tickets

Flying from Paris to Brussels 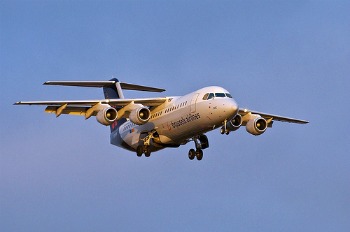 Since Paris and Brussels are less than 190 miles apart and the train trip is less than two hours, it may not seem like much of a time-saver to fly between the cities – and you’re right, it’s not. In fact, because there is only one direct flight from Paris to Belgium, it’s not just that it’s often a far longer journey, it’s also a much more expensive one.
The sole direct flight connecting Paris and Brussels is on Brussels Airlines. Flights leave Paris Charles de Gaulle Airpot (CDG) twice a day (they leave Brussels twice a day, too), both in the morning, and the flight is about 1.5 hours one-way. This all sounds great, until you hear the price – tickets are typically more than €350 round-trip, and over €200 one-way.
Indirect flights between Paris and Brussels are cheaper, but they take much longer. They are inevitably routed through whatever airport the airline uses as a hub – places like London, Milan, Amsterdam, etc. – none of which are geographically between Paris and Brussels. The trips take anywhere from three hours to six (and up) depending on the layover spot. You can find tickets for less than €160 round-trip or roughly €100 one-way.
Given the expense of direct flights and the time involved with indirect flights, the train remains the better option.
Quick search for flights from Paris to Brussels:

Taking the Bus from Paris to Brussels 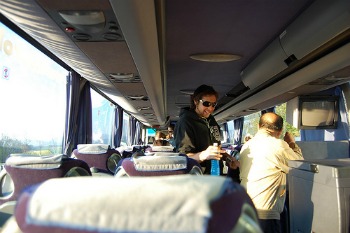 Those on a tighter budget than even the train will allow should look at taking the bus from Paris to Brussels. Eurolines – a collection of major bus/coach companies from all over Europe – will get you from Paris to Brussels in a little less than five hours one-way, and tickets can be as cheap as €12 for adult one-way ticket.
Those super-cheap fares are “special offer” prices for tickets bought far enough in advance, but even when they’re no longer available you can still usually find adult one-way tickets for under €35.
If you’re looking for round-trip coach fares, those “special offer” tickets can be had for €18-20 round-trip.
>> Buy Eurolines bus tickets

Driving from Paris to Brussels 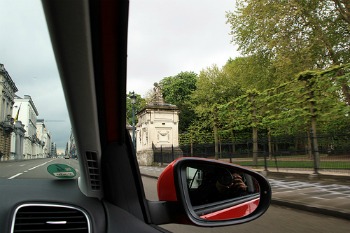 While driving in Paris isn’t an ideal way to get around, renting a car at Versailles (instead of in the middle of the city) and then driving it north to Brussels isn’t a bad idea – especially if you’re planning to explore more of the French and Belgian countryside along the way.
A great site for plotting out driving routes in Europe is Via Michelin – you’ll get directions as well as information like rough calculations of how long the trip will take and how much you’ll spend in tolls and on gas. For the trip from Paris to Brussels, Via Michelin estimates a 3-hour drive (assuming you don’t explore en route) that will cost a little more than €41 in tolls and petrol. The recommended route is the fastest one on major highways, but it would be easy to adjust the route on the website to favor more interesting back roads, thereby making a full day of the drive.
photos, top to bottom, by: John.Karakatsanis, calflier001, daspaddy, Cha gia Jose, Rainer Ebert