Getting from Paris to Berlin (or vice versa) 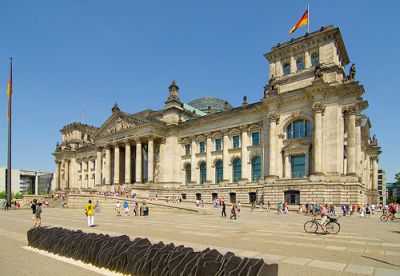 The days of the months-long Grand Tour of Europe may be well in the past, but hopping from one country to another is still high on the must-do list of many travelers – this is especially true for those with limited time to travel who go from capital city to capital city to soak in the highlights. Nevermind that not every capital city is a quick trip to the next one, of course.
Paris and Berlin are both popular stops on European tours, but they’re quite a good distance apart from one another. This means you’ve got lots of options to consider when going from one to the other, and the biggest factors you’ll need to weigh between are cost and time.
It’s impossible to say which transportation method listed below will be best for your trip – you’ll need to determine that based on the descriptions here – but generally speaking the two options that will be best for most people are likely to be going by train or plane.

Flying from Paris to Berlin 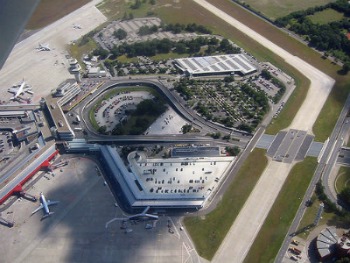 As the crow flies, Paris to Berlin is just under 550 miles – and the only way to get even close to that kind of trajectory is to fly between cities. This is the fastest option for getting from one city to the other, and if you can find cheap flights to Berlin on one of those budget airlines in Europe it can be a cheap option, too.
You have two major airports on both ends of the trip to choose from – in Paris there’s Charles de Gaulle Airport (CDG) and Orly Airport (ORY), and in Berlin there’s Schönefeld (SXF) and Tegel (TXL). There are budget carriers serving all four of these airports, the trick is finding the ones that connect the two and have schedules that suit you. Major airlines also connect Paris to Berlin, and it’s always worth looking at all your options, but low-cost airlines are more likely to offer one-way ticket discounts than the big airlines.
The budget carriers you have to choose from for a Paris-Berlin flight are: Air Berlin (CDG-Tegel or Orly-Tegel), easyJet (Orly-Schönefeld), or TUIfly (Orly-Tegel).
One-way tickets are often €60-65, and can sometimes get down to €40 – but they can also be over €100. If the flight is direct, it’s under two hours, so it’s hard to beat for convenience (just don’t forget you’ll need to factor in transportation time to/from the airport, as well as the amount of time you’re required to be at the airport in advance of your flight).

Taking the Train from Paris to Berlin 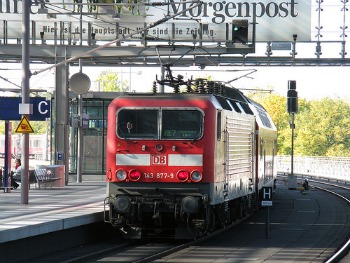 For anyone with more time to play with, taking the train from Paris to Berlin is an option worth considering. Yes, the journey can take roughly 8-9 hours, but for many people those are nine hours well-spent. If you’d like to make it an overnight option, you can do that, too – there are direct trains that don’t require a transfer midway through the journey. These take longer – about 11-12 hours – but if you’re sleeping (and skipping one night’s worth of accommodation expenses) that may be okay.
>>Buy a point to point ticket
An overnight train can cost as little as €43 for a seat in a second class compartment, but on an overnight trip you probably want the comfort of a bed. One bed in a 4-berth cabin (second class) is about €70, and one bed in a 6-berth cabin (second class) is about €60. First class fares for beds in a double are over €100. Day trains routinely cost over €100 for a one-way trip, even in second class.
Keep in mind that if you’re traveling with a Eurail Pass, you won’t need to buy a ticket for this trip – even for an overnight train. What you will need, however, is a reservation – which is especially critical if you want a bed on an overnight train.

Taking the Bus from Paris to Berlin 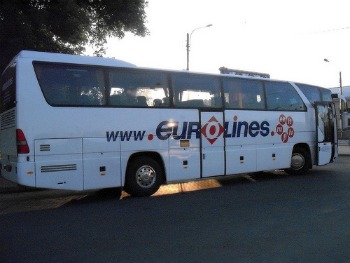 Bus travel through much of the world can be an excellent option for travelers on a serious budget, but sometimes over long distances like the Paris-Berlin route the costs aren’t always significantly lower. The cost of taking the bus from Paris to Berlin can be lower than a flight or train ticket, but if you happen to get one of those killer tickets on a budget carrier or opt for a dorm bunk on an overnight train then the savings is all but erased – and the train and plane are both much faster.
If, however, you’d like to go by bus – either because you have a fascination with buses or you don’t get lucky with a super cheap train or airline ticket – here’s what you need to know.
Eurolines is the major bus company that connects cities in countries all over Europe, and it’s the easiest option. There are one-way tickets available to get from Paris to Berlin for less than €60 during the week in the low season, and it’s an overnight bus trip that takes about 14 hours. The Paris Eurolines stop that connects to Berlin is called Paris Gallieni Porte Bagnolet.
Another option is to go with the Busabout company, which runs tours of Europe – some are hop on/hop off tours, where you stay in each destination as long as you like, and then get on the next bus for the next destination when you’re ready to move on. Pick one that covers both Paris and Berlin and the rest is taken care of for you.

Driving from Paris to Berlin 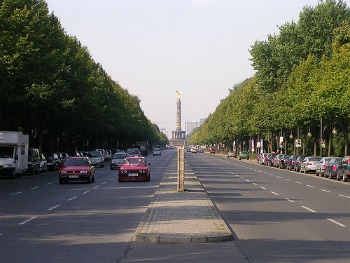 If you’re on a driving tour of Europe, a simple look at a map will show that the drive from Paris to Berlin takes you through quite a bit of interesting country – but if you can’t turn this drive into a meandering road trip, stopping along the way and enjoying what the road brings you, then here’s the key information for the direct route.
The trip from Paris-Berlin by car is about 1050km (that’s more than 650 miles), and if you encounter no traffic or diversions it’s a trip that will take you just under 10 hours. The combined cost of tolls and gas along the way would come to about €110.
All of this information comes from my favorite road trip planning site for Europe – Via Michelin. The information here is general, but you can put in your specific address and the address you’re driving to in order to get exact driving directions. You can also ask the site to vary the route from the quickest to the shortest or the one with the best sightseeing en route.

And now that you’re in Berlin… 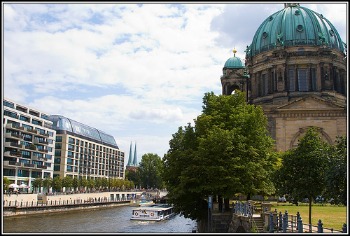 Here are a few tools to help you get settled in Berlin:

And I can’t resist, although this won’t help you get from Paris to Berlin – it could just be part of your soundtrack as you make your trip. I give you Infernal’s “From Paris to Berlin,” complete with Tron and other video game references. Oh, and some porn-esque imagery, just for good measure. It’s not from the 1980s, either. I swear.