Getting from Paris to Barcelona (or vice versa) 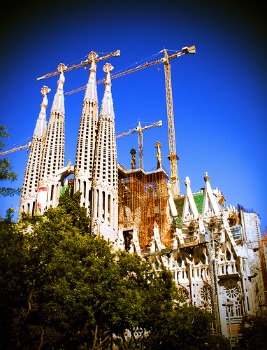 Taking a dream trip to Europe often means hitting the highlights of several countries in one go – and these are places that are not always very close together. Take, for instance, the cities of Paris and Barcelona. Both make excellent stops on a European tour, and unfortunately they’re not a quick hour-long train ride apart. Planning your transit between these two cities, then, requires a bit of research.
Luckily, Paris and Barcelona are both major transportation hubs, which means you’ve got several options to choose from for getting from one to the other. If the two main factors in your decision-making process are time and money, you will need to browse through the options below to see which one suits your travel needs best. While the cheaper options tend to be slower overall, there are some exceptions to that rule when it comes to traveling in Europe, so you may not have to sacrifice as much as you think.

Flying from Paris to Barcelona 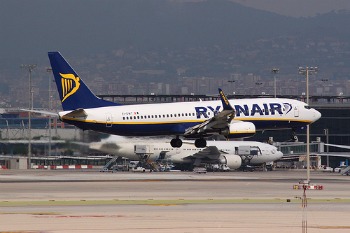 At a distance of more than 800km (500mi), the Paris to Barcelona trek lends itself well to a mode of transportation that’s quick – like flying. But until recently, finding cheap flights to Spain from elsewhere in Europe wasn’t always easy. Flying across Europe used to be only for the wealthy, when the rest of us waxed on about the “romance of train travel” in order to forget how hard it can be to sleep on overnight trains.
These days, with so many budget airlines in Europe, getting a great deal on international airfare from one country to another is much simpler. This is even more true because you’ve got three airports from which to depart in and around Paris.
From Charles de Gaulle Airport (CDG), there are Air Europa and easyJet flights to Barcelona. A one-way ticket can be as little as €90 on a regular basis, and much cheaper during one of those notorious easyJet sales. Both Vueling and Air Berlin fly from Orly (ORY) to Barcelona, with tickets often available for €40 one-way. And if you want to take Ryanair, you can sometimes fly from Beauvais (BVA) to Barcelona for the low one-way cost of €35 (sometimes less, when Ryanair has one of its unbelievable sales).
The flight itself makes the 500mi journey a quick one – direct flights usually take under two hours – so it’s definitely the method to choose if time is of the essence. And, if you’re lucky enough to be traveling when one of the budget carriers listed above is having one of their crazy “flights for £1” sales, then it’s the money-saving option, too.
>> More information on the budget airlines that fly to Spain, and specifically on the budget airlines that fly to Barcelona

Taking the Train from Paris to Barcelona 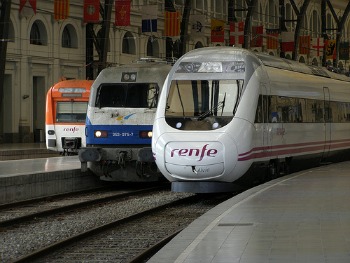 Although train travel in Europe is much faster than it used to be, it still takes between 9-12 hours to get from Paris to Barcelona by train. And in this case, the old equation of “slower = cheaper” doesn’t always hold true.
As mentioned, air travel within Europe used to be prohibitively expensive, meaning budget travelers almost always opted for the trains. With trains costing more than they used to and plane tickets costing less, trains aren’t always the cheaper option anymore – especially on long trips like the one from Paris to Barcelona.
The faster journeys in this case are not the direct ones, contrary to what you might think. You can take a train from Paris (Gare Lyon) to a few different midway points (some in Spain, some in France) and then transfer to another train that will take you the rest of the way to Barcelona. In some cases you’ll have 15-20 minutes to get from one train to the other, in other cases you’ll have as much as an hour – but in train time alone, this journey is roughly 7-7.5 hours.
Direct trains from Paris to Barcelona exist, too, if you don’t mind a longer trip and just want to avoid the hassle of changing trains midway. From Paris Austerlitz station to Barcelona is usually between 12-13 hours.
The direct trains can cost over €150 one-way even in second class, with a bed in a first class sleeper costing more than twice that. Trips that require a stop partway can cost €85-140 (or more) one-way in second class.
Remember, of course, that if you have a Eurail pass you’ll only pay for a reservation – the pass acts as your train ticket.

Taking the Bus from Paris to Barcelona 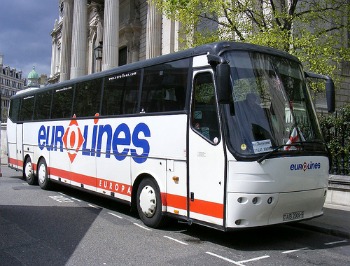 With trains from Paris to Barcelona taking as much as 12 hours one-way, you might think a bus trip from Paris to Barcelona would be prohibitively long. Oddly, it’s only a few hours more than the trains.
If you’ve looked into European bus travel at all, you’ll know that getting from one country to another by bus means choosing from only a couple big companies – Eurolines and Busabout. Busabout runs package trips and hop on/hop off tours of Europe, so if you want a more complete bus itinerary that includes both Paris and Barcelona that could work. Eurolines lets you buy bus tickets without booking a tour.
The Paris to Barcelona buses on Eurolines can cost as little as €65-75 one-way, and it takes about 16 hours. The route typically includes a couple of stops between Paris and Barcelona.

Driving from Paris to Barcelona 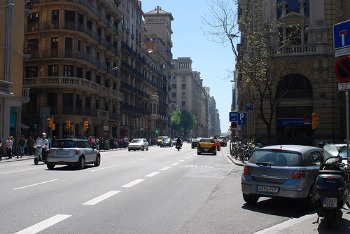 Although driving in Europe’s big cities is usually something travel experts say is worth skipping, if you’re planning on a more leisurely drive from Paris to Barcelona in order to explore the countryside then it can be a fantastic road trip.
My favorite site for getting driving information in Europe is the Via Michelin site. I do recommend picking up a good driving map once you’re in Europe (Michelin makes good ones, but they’re not alone), but Via Michelin is a great tool for starting to plan your route before you leave.
The Via Michelin site says Paris to Barcelona is a little more than 1,000km (more than 600mi), and if you drove straight through (and didn’t encounter any traffic problems along the way) it would take you approximately 9.5 hours. Via Michelin estimates that the trip would cost about €160 between gas for the car and tolls on the highways, too. Just be sure to learn more about driving in France before you get behind the wheel.

And now that you’re in Barcelona… 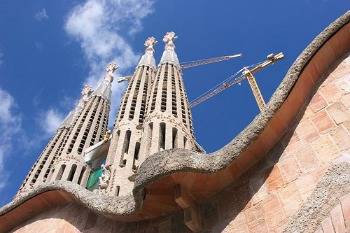 Here are a few articles to help you get settled in the next city on your European tour!